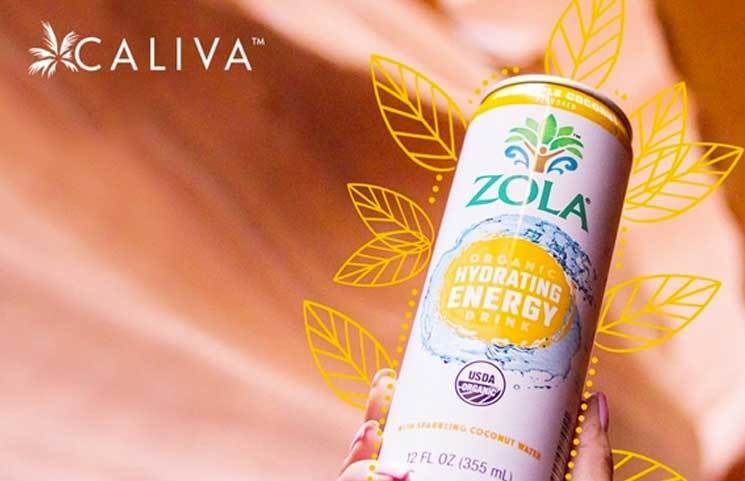 Zola, a plant-based beverage maker, was acquired last week from the KarpReilly investment group by Caliva, a California-based cannabis company. The acquisition will help Caliva in broadening their vertically-integrated cannabis business that produces vape, flower and oil products into now making beverages. Accessing the established retail distribution network and the research and development team of Zola will help Caliva in this.

Chris Cuvelier, the founder and CEO of Zola, will continue leading the brand and take the role of Caliva’s head of beverage. As Cuvelier spoke to BevNET this week, he highlighted their plans of developing THC-infused beverages meant to be sold to California dispensaries under Caliva’s trademark. They are also set to come up with CBD-infused beverages under Caliva and Zola brands for nationwide mainstream retailers. The company may also launch more brands of cannabis-infused beverages, but there are no plans at the moment of developing beverages that are THC-infused under the Zola name.

According to Cuvelier, Caliva has already started making drinks set to be launched later in the year, and have the intent of having a manufacturing facility for beverages in operation by August.

Zola will keep on producing and distributing its existing products that include acai juice, coconut water, and natural energy drinks. Without giving any precise details, Cuvelier mentioned that future products that will help the brand in expanding its plant-based portfolio. The portfolio of this brand is hoped to gain product authenticity in mainstream markets, and the company is likely to come up with a Zola-sub brand focusing on CBD to leverage the positioning of Zola within their plant-based beverages.

According to Chris Cuvelier, Zola and Caliva first came together when he and Dennis O’Malley, the CEO of Caliva, were speaking about the beverage industry disruption at a panel during the October 2018 eBev series conference. From there, Cuvelier started consulting with Caliva the following November, before making a decision to sell the company this year.

KarpReilly bought Zola in 2016. The company went through a comprehensive rebrand in 2017. This was dubbed Zola 2.0, and the rebranding established the identity of the brand as “plant-based hydration.” The rebranding also set the platform for a broader distribution network and the launching of new products like the Sparkling Energy Water line. Today, the company’s products are available in over 7,000 retail locations in the United States. These retail outlets include restaurant, grocery, natural and specialty accounts.

Since 2015, Zola has established a solid presence in the California cannabis market. In San Jose, the company has a 110,000 square foot facility that includes 13 grow rooms, a genetic lab, a dispensary, and an extraction facility. The products of this company are sold in at least half of all California’s dispensaries.

Currently, Caliva operates its own DSD network, which includes 12 salespersons and three persons in the business development team.