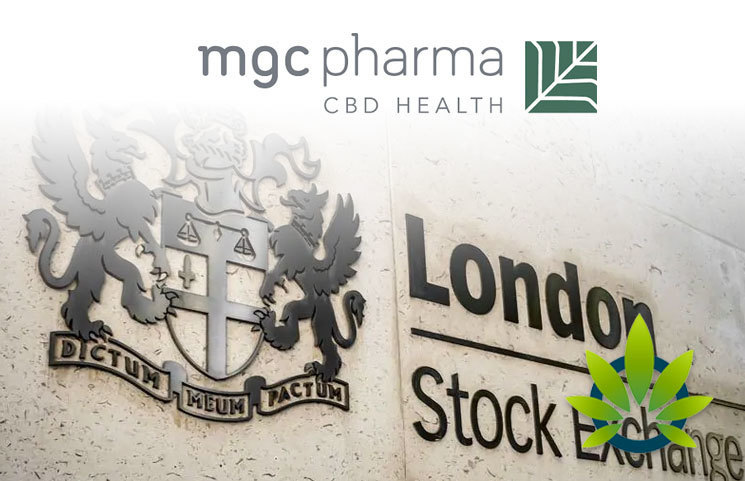 Cannabis legalization is a topic that many countries around the world are discussion right now, and the London Stock Exchange is about to make history by adding the first cannabis company to be traded on the public exchange. MGC Pharmaceuticals company commented that they are working to establish themselves as such in the next few weeks, according to a recent press release. Kanabo Research, based in Israel, recently revealed that it was aiming to launch in the London Stock Exchange in the same time frame as MHC Pharmaceuticals, creating a little competition to reach the finish line.

In the United States, though, “US cannabis companies can't list on US stock exchanges or even get basic financial services, because marijuana is prohibited by the federal government,” explains a news article by CNN Money.

In the press release, the company revealed that they already have secured $4.75 million in commitments from “sophisticated and professional investors.” The shares are presently issued at 4 cents apiece. Existing shareholders will have an opportunity to purchase from a share offering to bring in another $1 million, which will be sold at the same issue price.

If MGC manages to secure this position, they’ll be dually listed, securing a listing already in their own country. To function as their advisor, MGC Pharmaceuticals has already engaged Canaccord Genuity in Australia.

The co-founder and managing director, Roby Zomer, stated that the interest that the public has shown in the brand is a,

“testament to the opportunity that our businesses offers investors in providing exposure to the fast growing medicinal cannabis market and our unique seed to pharmacy strategy.”

Recently, the company announced that they’d signed a memorandum of understanding with the Maltese government, making it possible to develop a medical cannabis manufacturing plant worth 11 million euros.

Stockhead, a financial news website, stated that the cash that the company raised will be used in the,

“ongoing production and sales of its pharmaceutical medicinal cannabis products and construction works at its Maltese manufacturing facility, in what is proving to be a very prosperous period for the company.”