Marijuana Possession Arrests Due to Stop, According to Memo to Texas Police Department
Advertisement 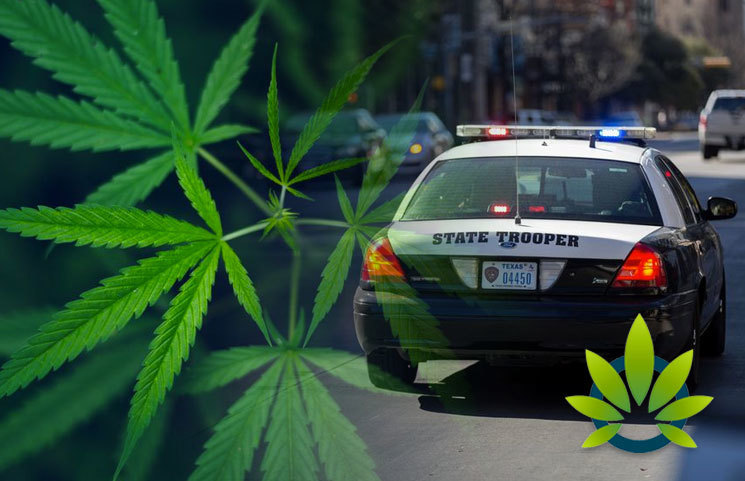 The legalization of marijuana in different states has been varied, but it is leading to some changes in the way that the authorities handle crimes related to cannabis. In Texas, the largest law enforcement agency in the state has decided to stop arresting individuals for low-level offenses involving marijuana. Lawmakers recently made hemp legal this year.

Presently, the officers of the Texas Department of Public Safety have been instructed to no longer arrest anyone with less than four ounces of cannabis in their possession, which is a misdemeanor amount, if possible. The interoffice memo was shared with the Texas Tribune. Instead of arresting them, the individual will receive a citation, which will require them to go to court for the criminal charges. Even though these arrests will no longer happen on-scene, convictions will still impose the same penalties. Presently, the penalty for this misdemeanor is a maximum of a year in jail and a fine of $4,000.

“Department personnel are expected to continue enforcing marijuana related offenses. However, effective immediately, personnel will cite and release for any misdemeanor amount of marijuana.”

The timing of this policy is rather coincidental, as it was imposed by the DPS about a week before the Republican state leaders were criticizing the current prosecutors for their dropping of these cases, in light of the new laws.

Randall Prince, the deputy director of law enforcement operations at DPS, issued the memo, which was sent out for guidance on enforcement practices, due to the House Bill 1325 that was imposed by the Texas Legislature. It officially became law last month, though Prince was clear that the new policy doesn’t decriminalize marijuana. He explained, “Because marijuana and hemp come from the same plant, it is difficult to definitively distinguish the two without a laboratory analysis.” This problem resulted in the drop of hundreds of cases involving low-level marijuana crimes, and has stopped the acceptance of new cases, as lab testing at a government level for these substances isn’t available yet.

Even though the lack of lab testing prevents prosecutors from proving a substance is marijuana, there’s still ways to find probable cause in the legal requirement to charge someone with a crime. Prince stated that the possibility that the substance is hemp, rather than marijuana, isn’t greater than this requirement. Furthermore, Texas has yet to launch hemp production, which makes it fairly unlikely that the substances that officers would encounter would be hemp and not illegal cannabis.

In Tarrant County, a private lab has been contacted to handle several pending felony cases, allowing them to determine the difference between hemp and marijuana. This difference is marked by how much THC is found in the cannabis substance. With less than 0.3% of THC, the hemp is legal. However, anything above this trace amount makes it illegal marijuana. Two substances have already come back from this testing, showing 13% and 15% THC, making them illegal. The third substance came back at 0.2% THC, making it legal hemp.

Across the state, there is still some confusion over how the new policy will impact the prosecution of these types of cases. DPS has yet to respond to inquiries from the Texas Tribune regarding the memo or even how often citizens were being arrested for these offenses before the law was passed. The most recent annual safety report, which was issued in 2016, showed a total of 65,000 criminal arrests, but there was no division between drug-related and non-drug-related arrests. Throughout Texas in 2016, 86,000 people were arrested on misdemeanor marijuana charges, based on the information provided to budget officials by DPS this year.

The policy directive still comes with a few restrictions. The law in Texas states that the only way a citation can be issued instead of an arrest is if the crime occurs in the same county as the user’s residence. For example, if a suspect is pulled over in a traffic stop outside of their own county, a DPS trooper would be able to arrest them.

For clarity, the memo directs DPS officers to consult with local prosecutors before they implement the new policy, following their directions on “whether to cite or arrest.” More and more law enforcement agencies are taking on a cite-and-release protocol for low-level charges, like the departments in Dallas, Bexar, Travis, Harris, and Nueces. There are also diversion programs in place in many of these counties to help individuals keep a clean record.

Troy Gay, the chief of staff for the Austin Police Department, said,

“It’s a collaborative effort. If a court does not have a cite-and-release process set up, there’s no way for any law enforcement in that jurisdiction to do that.”

Gay was unsure of how many people ultimately have not shown up for these types of cases in court, but he stated that fewer people are being arrested at this point. In fact, these changes dropped arrests for low-level offenses by 59% since last year.