Marijuana Courses and Cannabis Research Increases in US Universities
Advertisement 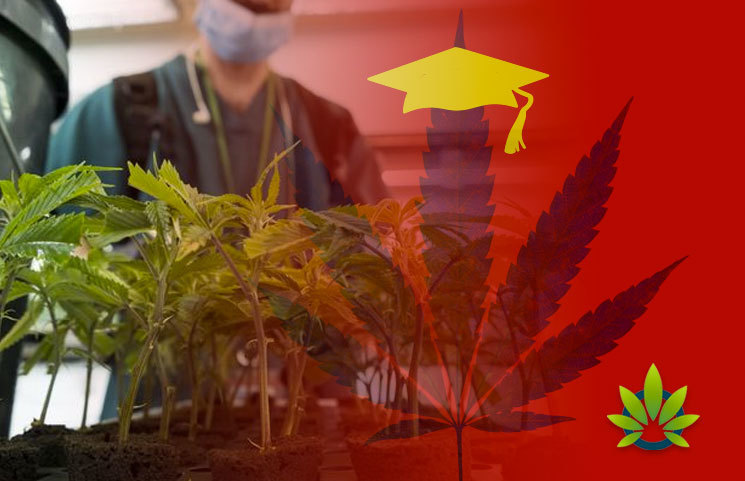 The cannabis sector is growing constantly, which is why its so important to educate the masses about the substance. However, this product is gaining so much traction that universities in the United States are already offering courses and even degree programs that are structured around the science of cannabis. However, cannabis remains illegal at the federal level, creating some limitations.

The schools have developed these programs in response to the economy’s need to employ trained workers and chemical analysts to push forward the marijuana industry. Presently, there are 33 states that have established laws that allow for the use of medical marijuana, while 11 of those states have legalized recreational marijuana.

The researchers involved with these projects are hoping to provide clarity to the way that the substance works in the body. There are some schools that provide courses for doctors and pharmacy studies to understand marijuana, while other individuals can get the training for the analysis and processing of the plant to be used by consumers.

The University of California-Davis recently opened their Cannabis and Hemp Research Center last month, allowing the researchers to be covered under a single umbrella. It includes experts in the different sector, including law, medicine, agriculture, psychiatry, business, and veterinary medicine, according to the executive associate vice chancellor for research, Cindy Kiel.

Kiel added, “We want to identify where scientific gaps are and influence policy-making in state governments, particularly for medical use of cannabis.”

The boom of interest and sales for medical and recreational cannabis has surpassed the research presently being pursued in some states. Even in California, where consumers can purchase joints, vapes, tinctures, gummies, and more can be purchased, the research is still lacking.

Even if the regulations at the federal level are still centered around prohibition, the requirements to study marijuana may be lightening up. The University of Mississippi had to get the cannabis that had been specified by the Drug Enforcement Administration until recently. In August, after maintaining high-security areas under lock for this cannabis, the DEA announced that other growing locations would be considered. This change makes it possible for scientists to do their work in other locales.

Kiel believes that the research available on cannabis has been overwhelmed by the current products on the market, so there’s plenty of research left to fill in. She noted, “You can’t just work with what’s on the shelf down the street.”

At the UC-Davis, students can also take a course on hemp breeding and seed production, as well as a course on cannabis’s biology, genetics, biochemistry, and pharmacology. In the Health department, students of the medical program and biology majors have the option of attending a course that breaks down the physiology of cannabis and cannabinoids, according to spokeswoman Amy Quinton.

The bigger universities aren’t the only ones getting involved with their courses. At Lake Superior State University in Sault Ste. Marie, Michigan, which is located near the Canadian border, a cannabis analytic chemistry program has been launched by the chemistry department. The program is advertised as the “first degree program in the United States focusing on the quantitative analysis of cannabis-related compounds and contaminants.” According to this university, the chemical analysts that enter the cannabis sector stand to make an annual salary of $72,000.

Rodney Hanley, the president of the university, stated that adding this program became easy after Michigan chose to legalize marijuana. He added, “That began a strong look at what would happen when a multibillion-dollar industry was delivered into the marketplace with very little scientific research behind it.”

In Canada, marijuana is already completely legalized at the national level, and the Michigan-based school hopes that some of their student base will include individuals from the neighboring country. The school has already installed a suite worth millions of dollars, providing the students with high-tech instruments for their research.

Students at Lake Superior State University have an opportunity as well, as they are able to earn a bachelor’s degree in cannabis business. The website for the school states that the program is catered to aspiring leaders in the commercial side of cannabis. Furthermore, it says, “The program tailors the basics of business management principles to specific cannabis business functions and operations.”

As medical cannabis has gained the approval of so many states, there were some states that weren’t prepared for the surging demand of qualified staff to work in the many dispensaries, as well as how to determine the certifications necessary for the industry.

As a result, many private training institutes have popped up, like Clover Leaf University, to meet the needs. Students that cannot get to the physical location for these studies can attend a virtual class for these lessons, ranging from $399 to $1,800.

At this point, consumers seem to be able to access training programs and educational courses from home or from one of the universities that has already legalized marijuana to some level. Perhaps this trend will continue, eventually becoming a normal major that incoming students can choose for their career path.