Marijuana and Psychedelics for Senior Citizens Mental Health: A Look at CBD, THC and Psilocybin
Advertisement 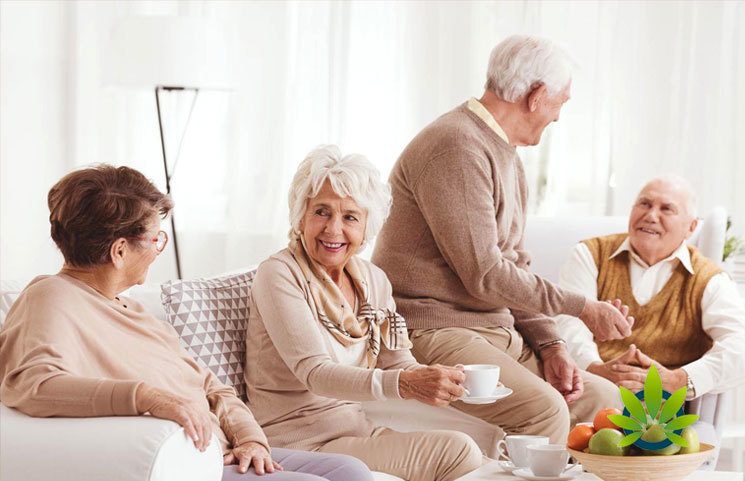 The medical and recreational atmosphere around the cannabis industry has made it possible for consumers to get the desired effects to relieve pain, improve appetite, and more. As the rest of the country works to figure out the right legal limitations, senior citizens are moving towards the use of cannabis or CBD consumption. However, the lack of information circulating about these substances could be detrimental to how far these consumers could actually take their use.

According to reports from Forbes, medical researchers are presently investigating the way that marijuana use could influence older adults. Johns Hopkins Medicine is working on an initiative for research that will help scientists understand the way that psychedelics like psilocybin could treat a multitude of medical issues. Psilocybin is the active ingredient found in magic mushrooms.

The Gerontological Society of America decided to dedicate last month’s issue of the Public Policy and Aging Report to the use of cannabis in older adults. The group, which is made up of scientists, researchers, and physicians, examined information about the research, regulatory issues, and clinical concerns over this industry, due to the use of marijuana.

A big issue in this industry is that, despite the fact that 38 states and territories have legalized marijuana to some degree, the federal government has not changed the Schedule I classification of cannabis as a narcotic. The law states that there is no accepted medicinal use for cannabis, which is creating even more confusion and difficulty in securing this product.

For instance, if an individual resides in federally subsidized housing, could they risk eviction for using marijuana, even if their state has imposed regulations that make the use of the substance legal? If a senior citizen is staying in a nursing home that is funded by Medicare or state-funded Medicaid, can they use marijuana if its legal in the state? While the use would not be allowed, it is uncertain if an eviction would occur

To remedy these circumstances, the Hebrew Home at Riverdale New York has set up a way for residents to legally purchase and securely store cannabis on their own. However, the facility doesn’t prescribe, purchase, or administer the drug for consumers, which inherently creates another problem – marijuana remains uncovered by private insurance or Medicare. Anyone that decides to purchase it will have to pay for the costs out of their own pocket. Even if they meet all of the medical guidelines for the use of marijuana, they cannot get coverage to assist with the cost.

At this point, the American Medical Association has refused to endorse medical marijuana use, and the National Cancer Institute has stated that the small amount of research on the substance makes it impossible to make recommendations. The American College of Physicians has taken a separate path, stating that it is a recognized treatment for glaucoma. The American College of Neurology has noted that it is a beneficial product for the treatment of symptoms associated with multiple sclerosis. The Academy of Medicine is a little less certain, stating that it could be helpful for cancer symptoms, relieving pain and nausea.

Presently, there appears to still be some risk associated with marijuana use, especially for older users of the products. Some evidence suggests that cannabis use could poorly affect mental or cognitive health and could be connected to more automobile and other accidents. However, just like the research on its benefits, this research is skewed and limited.

Overall, there are many suggested reactions from these products, and there’s always someone nearby that could clearly voice the benefits of using marijuana. However, the concrete data extracted from serious studies is limited, at best. Regulation prevents researchers from going in-depth with their own studies, especially due to the lack of ability to access cannabis for testing at a federal level. Furthermore, the studies haven’t considered other drugs that subjects may be taking, which would influence the results.

Michigan State University Studies Connection of Cannabis Use and Weight