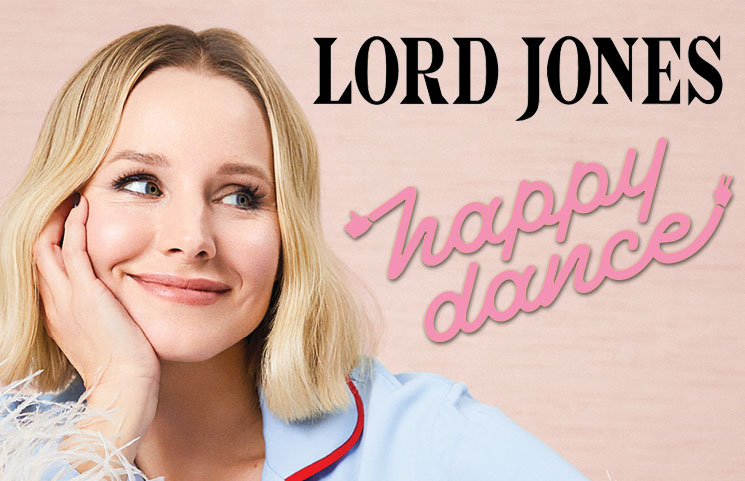 Beloved actress and activist Kristen Bell is most recently known for her roles in The Good Place and Veronica Mars, but the last few years have led her to showcase the importance of mental health. In a keynote speech at the MINDBODY BOLD conference in California last August, Bell admitted that she had been struggling with anxiety and depression, leading her to keep account of her medications, obligations, and more. In an interview with Women’s Health Magazine, she stated that she uses both antidepressants and CBD oil to manage these parts of herself.

Consistently speaking candidly about her own involvement in therapy and her focus on her mental health, recent reports from PR Newswire and other publications show that Bell has decided to launch another brand. Already the co-creator of Hello Bello with husband Dax Shepard, Bell is joining forces with Lord Jones to launch Happy Dance, a line of hemp-based CBD skincare and personal care products.

Bell remarked, “I first discovered Lord Jones CBD products two years ago and have been using them ever since.” She stated that she was “skeptical at first,” though her doubts were put at ease when she discovered how impressive the consistency and quality of the products were. She added,

“When I met Lord Jones founders Rob & Cindy, we aligned on a shared desire to make a CBD line that would be accessible to a wider audience at a lower price point while maintaining the same trusted quality as the Lord Jones brand.”

Self-care is a crucial part of mental health, and it varies for everyone. However, it shouldn’t have to be an activity that takes an entire chunk out of someone’s day, which Bell focuses on. Bell noted, “Self-care should consist of everyday pick-me-ups that can be integrated into one’s daily routine.”

Rob Rosenheck, the CEO and founder of Lord Jones, is just as excited for this new CBD product line with Bell, saying, “We couldn’t imagine a better partner than Kristen.” It is clear that Rosenheck sees the same thing that all of Bell’s fans do, as he remarks that she “has a singular voice and has always been outspoken about what she loves and believes.” He added, “Her passion, authenticity, and kindness will be at the core of Happy Dance,” making her the “perfect messenger” for a brand that uses CBD to promote self-care for the masses.

To learn more about this joint effort with Bell and Lord Jones, visit: doahappydance.com to check back for updates on the brand, due to launch in the fall.