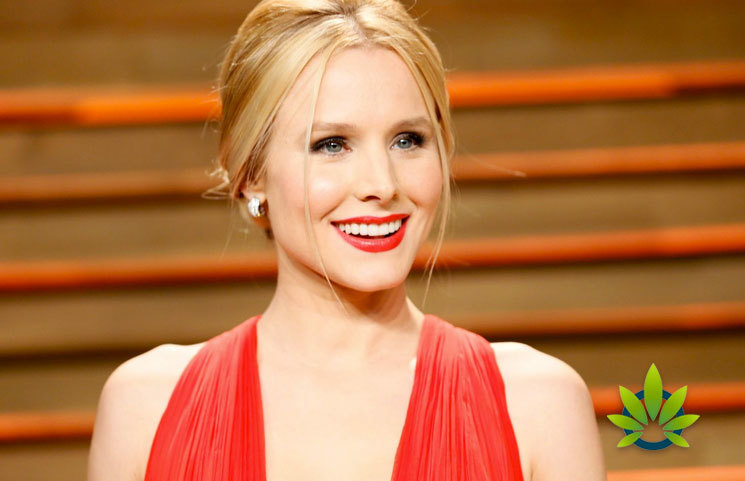 Kristen Bell decided to start discussing her mental health during interviews after a recommendation from her husband, Dax Shepard.

CBD still needs more research before it can be deemed a reliable pain reliever.

Kristen Bell, one of the stars of The Good Place and the co-creator of Hello Bello with husband Dax Shepard, doesn’t shy away from discussing her mental health. After a long series of repetitive interviews, Shephard encourage Bell to speak on this topic, but it wasn’t easy. However, she pointed out in an interview with Women’s Health, “I realized that this is the shame that prevents people from talking about it.”

“I immediately felt irresponsible because I do care about depression not being taboo, yet I present this bubbly, outgoing girl who seemingly gets through life with a smile on her face, and I’d never discussed that some days, I don’t,” said Bell.

Since then, she has made mental health a priority in her discussions, sharing tools and treatments that she’s used in her own life to handle her struggle with anxiety and depression. She is giving an SSRI antidepressant, which helps with serotonin levels, but she also uses CBD oil sublingually. According to the actress, the use of CBD oil helps her to calm her mental state and prevent her from constantly stressing over the constant mental to-do list.

Ryan Vandrey, PhD, an associate professor of psychiatry and behavioral sciences at Johns Hopkins Medicine, had previously spoken with Women’s Health about the use of CBD, considering the substantial research regarding pain relief. However, Vandrey commented,

“We don’t have what we’d want in terms of clinical trials on [CBD’s] safety and efficacy for anything beyond treatment of rare seizure disorder. We need more research.”

Bell states that adaptogens have also played a role in her mental health, balancing her stress. While goes to therapy sessions on a regular basis, she predominantly relies on a “toolbox” that she developed in sessions that she and Shephard had together when their relationship was still young. They’ve used this toolbox to create rules about how they handle their own interactions, like that she will tell Shepard if she’s in a down mood and that she will be quiet, allowing him to make sure he knows that she’s not upset with him.

Exercise is another crucial component of Bell’s mental health routine. She believes,

“It should be the first stop for anyone who experiences depression or anxiety because it encourages serotonin and endorphins. I feel so much more centered, patient, capable. It sets the next 48 hours for me.”

She attends Studio Metamorphosis, a local studio, on a regular basis.

On some occasions, Bell’s decision to self-medicate has come under fire, like her statements in favor of using cannabis at the end of the day, considering Shepard’s previous substance addiction. However, with the toolbox this couple has created for themselves, this decision isn’t an issue for either side of the couple.