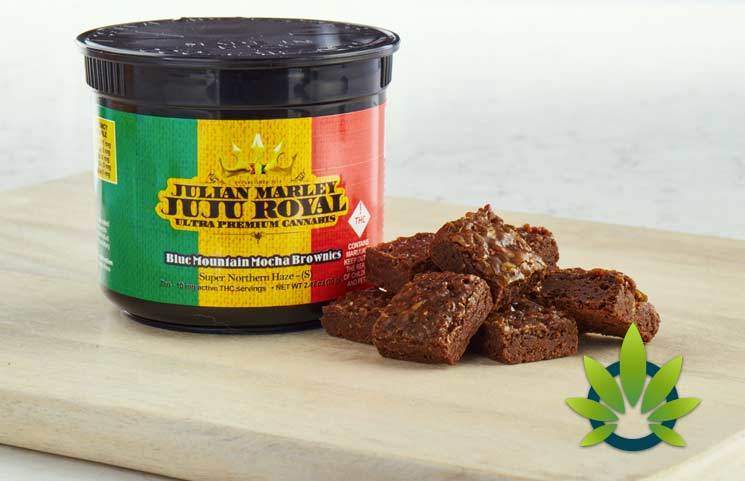 Rastafari is an African-based religion which was founded as early as 1930. It was deemed a religion in Jamaica when Haile Selassie I was crowned King of Ethiopia at that same time. While some view it as a religion, others supposedly deem it as being a way of life. What does said lifestyle imply? As per the claims made, it entails ritual use of marijuana, wearing one’s hair in dreadlocks, following a vegetarian diet and putting off alcohol altogether. This is where JuJu Royal comes into play.

The renowned, Bob Marley’s son, Julian Marley is the face behind Juju Royal and proclaims his line of CBD essentials as being a way of life. Following his father’s footsteps in admiring Rasta, Julian Marley has made it his goal to ensure that consumers are offered quality CBD that have been obtained via farmers and growers who value the healing powers of such plants.

To see how a culture serves as a basis for JuJu Royal, factors such as its purpose and products offered will be some amongst other important areas that will be analyzed.

What is JuJu Royal?

JuJu Royal is cannabidiol (CBD)-focused brand that claims to offer consumers quality products. The brand itself stemmed from a culture and a way of life that has been dated back several years. It is considered a way of paying respect to what nature has to offer, which in this case is the cannabis plant along with its hundreds of different cannabinoids that are slowly being considered as beneficial for various health reasons.

What Does JuJu Royal Offer?

JuJu Royal appears to focus primarily on CBD-infused vaping essentials, olive oil and tablets. Here’s a quick summary of each type of essential available to consumers:

Each of the vape juices offered claim to contain full spectrum CBD oil and are believed to contain a 70 to 30 ratio of vegetable glycerin to propylene glycerin. Consumers can choose between three flavors, which have been created to replicate the tastes of the Caribbean.

This includes, “Kingston Cream,” combining banana cream, strawberries and blueberries, “JUJU Fruit,” combining guava, pineapple and a hint of strawberries, and “Reggae Splash,” combining mango and sour apple.  As for the concentration of CBD present, consumers have the option of choosing between 100, 300, 600 and 900mg per 10ml bottle – with various options for quantity present also.

The cartridge claims to contain pure CBD oil and natural terpenes – offering an entourage effect – or ensuring therapeutic benefits are experienced via the whole plant. As for the cartridge itself, it has been deemed a Quartz cartomizer that is leak-proof.

It has been noted that the coil in the cartomizer has the potential to reach 400 degrees Fahrenheit within under a second – for which lab results are available upon request. Again, three flavors have been chosen here as well, including Tangie, Lemon Haze and Original.

Finally, we have the vape pen, which supposedly encompasses broad spectrum, or the use of many cannabinoids excluding THC (a psychoactive property). The flavor profile embedded is said to be of mango terpenes for the sole purpose of creating a tropical feel.

JuJu Royal’s line of CBD-infused olive oils are definitely unique, considering that its likes are very limited. Each bottle claims to contain 8oz of olive oil with 250mg of full spectrum CBD – with each tablespoon housing as much as 15mg of CBD. The olives are supposedly from Arizona and have been infused with fresh rosemary and basil for the ultimate herby profile.

Each of JuJu Royal’s tablets is said to comprise of 10mg of CBD for a total of 100mg. The CBD has been derived from Colorado and incorporates, “dissolvable sublingual technology” for optimal bioavailability. The feel of the tropics seems to be the highlight here as well as natural mango and tangerine flavors have been infused.

Other products that consumers have access to include tools, merchandise, apparels, and autographed items by Julian Marley – all of which can be found at: https://jujuroyal.net/shop/

Overall, JuJu Royal appears to be a possible option for consumers when it comes to picking a CBD brand. This is based on the following factors:

The US is known primarily for their strict guidelines on how CBD should be grown, the measures taken to test to concentration (i.e for potency, terpenes profile, residuals and heavy metals to name a few) and most importantly, for the set threshold of 0.3% THC, which is the safest quantity to date.

#2. Use of Natural Ingredients

In general, when a full spectrum solution interacts with artificial ingredients and preservatives, the strength of said solution starts to diminish. This implies that the health benefits are being compromised. JuJu Royal’s emphasis on natural flavors and additional, natural ingredients goes to show the knowledge that the brand has been established on – which is key!

As unimpactful as this may seem, the fact that JuJu Royal is based on a traditional way of life implies the seriousness behind every product offered. In addition, it brings meaning to one’s purpose and clearly, that of JuJu Royal’s is to serve consumers of all needs. Interestingly, the flavors created also enforce a tropical feel, which is a significant part of the Rasta culture.

An area that JuJu Royal falls short on is the proclaimed evidence they have in relation to the temperature of the coil, as it has not been provided. The same can be said in regard to claims made on products being “lab-tested”. Having said proof available is important, as many consumers rely on such visuals to decide whether or not a CBD brand is truly reliable.

For more information on JuJu Royal, check out: https://jujuroyal.net/