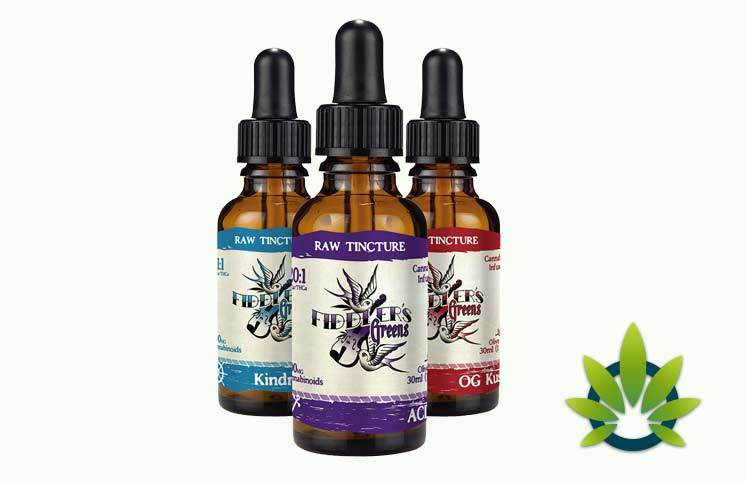 As various cannabinoids begin to come to light, the need to extract the best over the rather weak has become quite common. We are either used to seeing firms that focus on pure cannabidiol (CBD) solutions or full spectrum, which houses different types of cannabinoids with very little traces of THC (i.e. psychoactive compound). There’s one brand that seems to deem going full-on natural as being the most effective – that is, free of extraneous processes – and it is none other than Fiddler’s Greens.

According to Fiddler’s Greens, relying on the “Orchestral Effect” is what will truly create a holistic experience for consumers. To better understand the notion of Orchestral Effect and why Fiddler’s Greens idles those who prefer “pure CBD,” the following review will look at its purpose, products offered and other essential pieces to the puzzle!

What is Fiddler’s Greens?

Fiddler’s Greens specializes within the cannabis industry and is widely known for giving equal importance to CBD, THC, terpenes and the other hundreds of cannabinoids housed in the very cannabis plant.

As per their claims, their products entail organic and biodynamic practices with emphasis placed on environmental health. They believe their way as being the right way because of the yielded, positive effects including pain relief, restfulness and a sense of calmness. Before breaking down factors that make Fiddler’s Greens’ a viable solution, let’s dive right into their different product categories.

What Types of Products Does Fiddler’s Greens Offer?

Consumers can choose between four distinctive product lines, which appear to be different infusions of full spectrum. In particular, they include Raw Tinctures, Rogue Tinctures, Healing Balms and Flowers.

The key difference between “raw” and “rogue” tinctures is that the former contains cannabinoids that have not been activated, that is, it is in its true state without any heat applied. The latter, however, claims to undergo the additional step of heat-applying, which converts the naturally acidic cannabinoids (i.e. THCA and CBDA) to produce what we are accustom to as CBD and THC.

Raw Tinctures come in three different strains, which include the ACDC (CBDA-rich with very little THCA), Kindred Spirit (equal ratio of CBDA to THCA) and OG Kush (THCA-rich). Each of the aforementioned tinctures come with a report that indicates the different terpenes present. Also, consumers have been told that one serving size is equivalent to 1ml (10mg of cannabinoids), however, doses are highly based on each individual and they might be over or understated.

As for the Rogue Tinctures, they are not too different from those found within the Raw Tinctures. The one thing that makes it entirely different is that the ACDC is now CBD-rich (and not CBDA-rich). The same applies for the balanced ratio of CBD and THC found in the Kindred Spirit and the THC-rich, OG Kush.

The purpose of the Healing Balm is to help relieve pain and achieve calmness while promoting skin health. As per the claims made, an equal presence of CBDA and THCA is needed here, therefore it is said to contain the Kindred Spirit Raw Tincture. Other ingredients like organic bees wax, shea butter, lavender, calendula, comfrey, plantain and arnica were also included.

As for the Flowers, consumers have the option between hand-rolled joints and bottled whole flowers. Each purchase of the rolled joints contains three 0.5 joints that have been supposedly rolled in organic hemp paper.

As for the chosen strains, consumers are offered those that are CBD-rich or heirloom strains (i.e. pure strains that have been known for generations and have never been mixed with other strain types) – often including ACDC and Critical Mass or Durban, OG Kush and Sour Diesel respectively.

Based on the analysis above, it is clear that Fiddler’s Greens is founded on extensive research and development (R&D). This is witnessed throughout their official website, in which every ounce of detail has been made available – whether it be the types of cannabinoids used, what happens before and after heat application, the need to include terpenes as well as their types, etc.

Most importantly, they’ve ensured that consumers have a good understanding of the difference between THCA and THC, where the latter is the one that contains psychoactive properties due to the heating applied. Without this distinction, consumers could have easily doubted the entire brand.

Although options are fairly limited compared to brands that offer over six different infusions of cannabinoids, Fiddler’s Greens approach towards respecting the entire cannabis plant is what puts them a step ahead, as existing research has concluded that the combination of cannabinoids are truly superior to an individual kind.

Lastly, to ensure potency is met, any additional ingredients used appear to come from natural sources, which is significant for healing purposes. For more information, check out: http://fiddlers-greens.com/