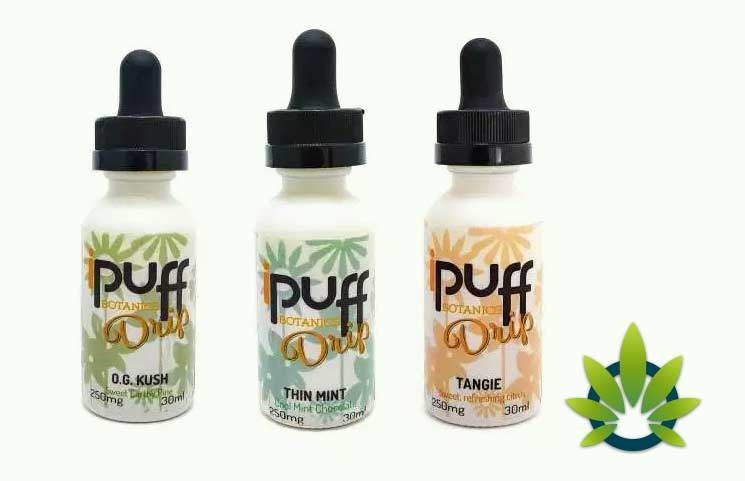 Of all the delivery methods of cannabidiol (CBD) that exist today, vaping has been the one to bring immediate relief because it bypasses the digestive system (where most of the concentration is typically lost in) and hits one’s bloodstream via the lungs. This is where iPuffCBD comes into play.

As the name implies, iPuffCBD delivers a wide range of CBD-instilled vaping essentials that enhance one’s quality of life. The firm supposedly prides itself in, “helping the world one puff at a time.” To see how this is so, the following review will look closely at iPuffCBD with respect to its purpose, the different products offered and its overall affordability.

iPuffCBD is a line of CBD products created by iPuff Vape. The ultimate goal is to ensure that consumers retort to healthier alternatives of existing, harmful products. In particular, iPuff Vape was supposedly created with the intentions of promoting vaping over smoking tobacco and carcinogenic-rich products. The line of CBD seems to follow suit because of its notable health benefits.

How Diverse is the Line of iPuffCBD Essentials?

iPuffCBD is fairly diverse considering the different vape essentials offered along with additional products such as tinctures, pet solutions and capsules. For the purpose of this review, products that have been reasoned as containing CBD will only be looked at. This does not imply a simple product line, as iPuff Vape has successfully come up with a wide range of vaping pens, cartridges and related essentials compared to the average CBD brand.

The iPuff Botanics CBD Drips are reckoned to comprise of full-spectrum hemp oil, which was extracted via the CO2 process. Remarkably, they come in three unique flavors, which include Tangie, OG Kush and Thin Mint. The flavor profiles are natural because they are made up of strains.

For instance, Tangie is a Sativa-dominant strain, which induces a mind and body relief, whereas Thin Mint is said to be a cross between Durban Poison and OG Kush, both of which are known for bringing relief to one’s mind. As for what OG Kush is, many argue that it is either Indica (i.e. body-relaxing) or Sativa – with confusion as to what dominant property it contains. Another option for vape juice is that of the iPuff Botanics Mint CBD Tincture.

It seems like a tincture has been offered for those who’d prefer an alternative to vaping, as it is not preferred by the general public. But in both cases, the flavors are far more bearable than CBD-instilled oils and for the most part are able to bring immediate results (vaping taking the lead among the two).

In addition to the tincture made for consumers, a pet-safe CBD tincture has also been made available. Besides the fact that Colorado-based hemp has been incorporated, vegetable glycerin has also been included for the sole purpose of maximizing a pet’s bioavailability. As for its uses, the tincture is said to blend smoothly into a pet’s food and water or can be administered underneath the tongue.

For those who’d prefer to completely disregard taste when ingesting CBD, the best bet would be to go with capsules. It has been considered by far as the most convenient of the options available. In addition to using full spectrum hemp oil, essential fatty acids have also been incorporated to increase bioavailability. As for the hemp oil presence per capsule, consumers can expect approximately 10mg per capsule or choose the extra strength of 25mg per capsule.

Other essentials that contribute towards the overall vaping experience include the iPuff Flower, and the iPuff Botanics CBD Box Set to name the smallest possible fraction of endless possibilities!

What Can Be Said About Its Overall Affordability?

Based on the products offered via iPuffCBD, consumers can expect them to range anywhere between $9.99 and over $69.99. The prices appear to be fair considering the fact that the average CBD brand offers products that easily exceed $100.

In general, said prices reflect a wide range of factors that should be considered. For instance, the price accounts for the source of hemp. In this case, it is Colorado-based, which has been deemed safe because of the state’s strict regulations imposed. This will eventually lead to increased demand, forcing costs up – all of which are typically reflected in a product’s price.

Additionally, the concentration of CBD found per product increases in price as the concentration increases as well, which is clearly obvious because potency has a higher value. Interestingly, the prices seen via iPuffCBD can be deemed reasonable, if not inexpensive compared to the leading brand because of these two examples.

Largely speaking, iPuff Vape’s goal of promoting a healthier alternative to smoking has been well reflected in their iPuffCBD line of essentials. Not only has vaping been considered, but alternatives as well as pet essentials – even though it is just a product – has been offered, which reflects their interest as brand to cover as many target markets as possible.

However, the main reason why iPuffCBD is worth considering is because of the level of transparency they’ve attained. More specifically, each product contains a description depicting the CBD amount per servings, natural flavors where needed and the presence of lab tests that notify consumers of the different types of cannabinoids found in each product. Intriguingly, their Attorneys Statement of Position has also been posted, which looks at the legal use of CBD by the firm itself.

Also, their products have been third-party tested, which implies that an independent party has affirmed the products as opposed to tests conducted within a firm. Based on the lab results available, claims that the solutions are full spectrum have been validated, as they contain safe traces of THC, along with a mix of CBD and CBG.