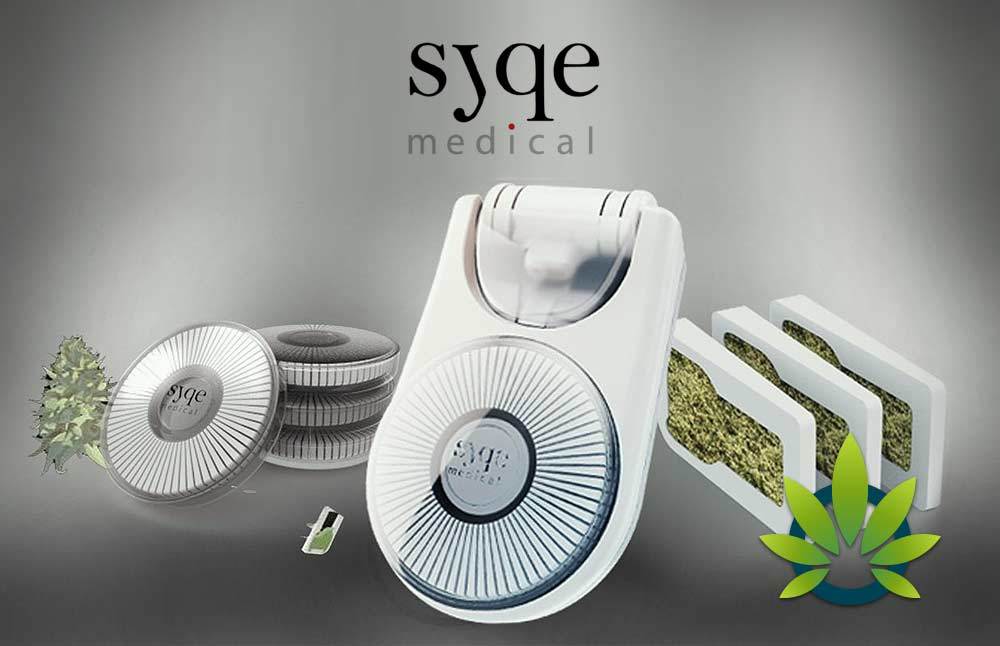 As CBD becomes more popular around the world, many countries are looking to innovate on top of this substance. One startup in Israel, Syqe Medical, has been working on a new project that will be a “smart” inhaler for medical cannabis. Based on recent reports, the company has managed to raise $50 million towards their efforts so far.

The inhaler, which is simply being called the Syqe Inhaler, and the company plans to focus on marketing to hospitals. Optimally, the device will help patients to dose themselves, which offers a 100-microgram precision that can be adjusted by the physician available. The cartridge is capable of handling full-plant extracts, using thermal controls, lung surfacing, and other settings to customize the experience properly.

Once the patient inhales the dose, an electrical circuit engages to close the cartridge. The circuit causes the heating element to activate while maintaining the same temperature. Since every patient has a different capacity for inhalation, the device measures the amount of the dose to accurately measure what the user gets. The same dose is delivered, regardless of strength, which is why this reading is so important.

At this point, the company has reached the largest finance sourcing with the $50 million accumulated. Shavit Capital was responsible for this funding round, though they more commonly invest in businesses that the foreign stock exchange has listed. Along with their help, other participants in the funding round included OurCrowd and the PRM Holdings fund.

Perry Davidson founded Syqe Medical in 2011, after acting as the CEO of the first and largest cannabis producer in Israel – Tikun Olam. Within the regulated industries that control the use of cannabis, Davidson has logged over a decade of experience. Overall, the company will hopefully be able to progress in the pharmaceutical industry, making cannabis and other plant producers the mainstream choice.

Speaking on the necessity for this type of inhaler, Davidson said,

“In the medical plant sector, there are now capsules, oils, and creams, but there is no option for inhaling precise dosages. On the other hand, in the pharma industry, dosages changing in real-time with real adjustment of the treatment to the patient cannot be administered by inhalation. Furthermore, the response rate to treatment with pharmaceutical inhalers is less than 50%.”

Syqe Medical believes that the inhaler will soon be available for hospitals in Israel. Ultimately, they want to expand to the United States and Europe at some point too.