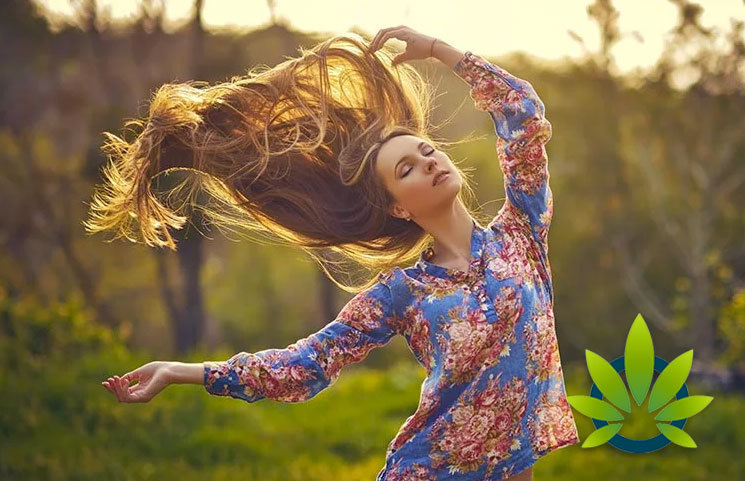 As hemp-derived cannabinoid, cannabidiol (CBD) becomes widespread, more people are giving it a shot, with many mentioning of the positive differences it has made in their health. Since studying the compound, researchers have reported significant improvements, which is supposedly due to CBD’s ability to communicate with our natural endocannabinoid system.

A recent post by news outlet, The Sun, looked at women’s use of CBD, what concern led them there in the first place and a real-life experience. Here’s a summary:

CBD has been deemed effective in ridding symptoms associated with insomnia because of its ability to ease anxiety. Dr Dani Gordon was quoted saying that,

“CBD has been shown to help with stress response […] useful for anxiety and stress-related sleep problems.”

To put said theory in practice, an example of CBD going bad was provided and Colette McBeth (44), a London-based author’s experience was shared. More specifically, she supposedly takes two drops of CBD underneath the tongue an hour before her sleep. She tried not once, but twice and still found that it made her feel worse.

According to Wellness Coach and Founder of Green Goddess, Angelina Nizzardi, CBD is effective for anxiety because it works in the same way as SSRIs, where the latter is tasked with increasing serotonin in the brain. She further described the cannabinoid as a “natural, alternative antidepressant.”

Bedfordshire-based Psychotherapist, Nova Woodrow (40) used CBD oil after giving birth to her daughter. As per her quote, “it was fantastic and really carried me through.”

CBD’s potential in ridding pain stems from its anti-inflammatory properties. Dr Edward Jones was quoted saying that those suffering from chronic inflammation may benefit from its uses. That said, Ellen Jones (41) supposedly used CBD for back pain issues that stemmed from doctors performing a C-section on her. In her case:

“It’s helped hugely – I have better flexibility, I can pick up my son with ease, I’m sleeping a million times better and I can even run now.”

Again, CBD’s anti-inflammatory properties is what makes menstrual cramps possibly go away says Dr Jones. Women are required to rub their abdomen with CBD oil to notice a difference. Susie Carroll (30) supposedly takes it for this reason orally (underneath the tongue) and shared that, “not only does it help relax my muscles, but I now have the least period pains I’ve had in years.”

A rather recent CBD effectiveness claim, the reason why said cannabinoid is poised to help is because of its ability to ease anxiety and pain in micro-tears, which are due to dryness. At this very moment, Dr Gordon noted that there’s uncertainty related to CBD’s helpfulness.

Nonetheless, Julie Relf (28) supposedly used it and found that “soothed and relaxed” her, adding that it provided “more pleasure with [her] partner.”

As seen above, women are using CBD for a number of health reasons, with some having studied on multiple occasions and others, still in their infancy stages. Although a lot of positive feedback has been depicted here, giving one example of each does not say much. This is not to say that CBD is bad, it simply means we need more to generalize about all women.

While studies do exist, not all health areas are saturated with significant improvements (i.e. in areas such as menstrual pain and sexual pleasure). Hence, women should be cautious of its uses and should make it an important step to consult a health professional.