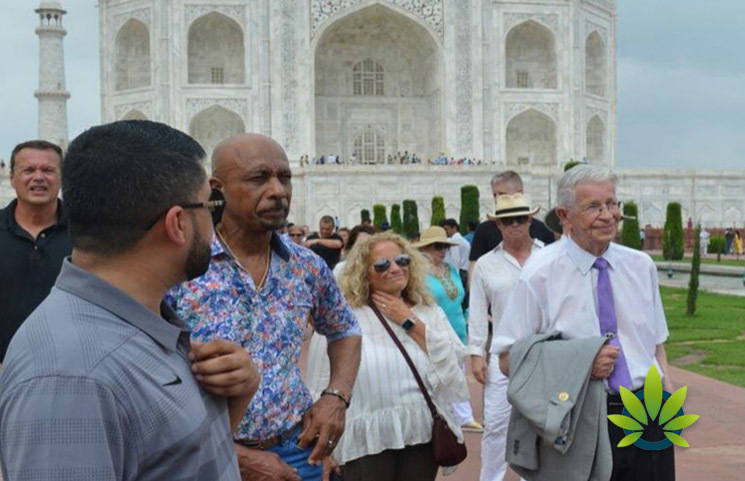 Every country is pursuing their own efforts to understand what cannabis can provide. In India, the research has led Governor Phil Murphy on an overseas trip with executive, educators, and a few staffers to learn more information. However, a unique addition to this group is daytime TV host Montel Williams. Williams previously hosted The Montel Williams Show for 17 years, and states that his addition to the trip was to help him learn about the India-based research as well.

Speaking with NJ Advance Media, Williams stated, “I’ve been involved in cannabis for the last 20 years.” Williams was diagnosed with multiple sclerosis in 2000, which led him to use medical cannabis to handle these symptoms. He added that he got involved with medicinal marijuana “long before it was vogue,” and that he had been at risk for opioid addiction before using the substance.

Montel Williams explained that one doctor stated that he should look into the use of cannabis for his MS symptoms, which he decided to pursue. He started using cannabis shortly after, helping to soothe the central nervous system. This path eventually led to bigger developments, as he founded Lenitiv Scientific less than four years ago. This company sells products that are derived from both hemp and cannabis.

He commented, “There are some opportunities in India, I believe, especially when it comes to hemp products that could be imported, there’s some opportunity to have some really good discussions.”

Gov. Murphy has continually been an advocate for the use of recreational marijuana and has changed the way that New Jersey approaches the medical version of the substance since his appointment. However, as noted in an article with NJ.com, his visit will not likely include discussions with officials or businesses on cannabis.

Ohio Goes Against Medical Use of Marijuana for Autism and Anxiety