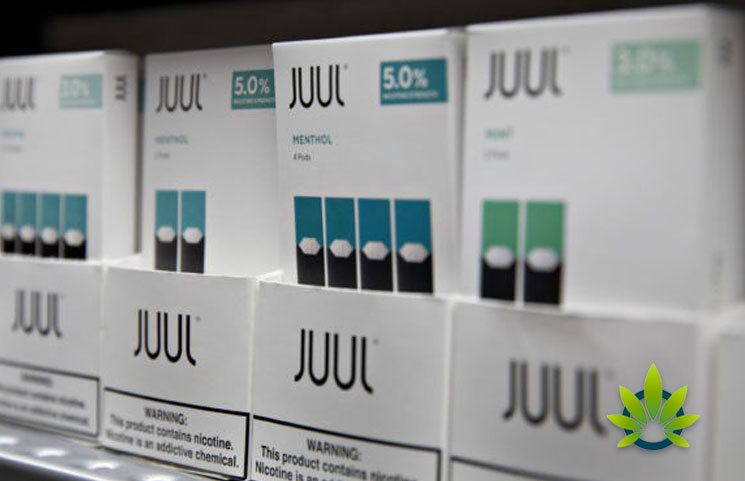 Juul Labs, an E-cigar producing company, is being alleged to have knowingly contaminated over a million flavored pods contrary to the regulatory control measures. Siddharth Breja, a former executive employee at Juul, was fired after he protested against the unlawful company practices such as not indicating expiry dates on Juul products and the shipment of the contaminated vapes.

Juul, which happens to be the leading e-cigarette producer in the United States, has been facing a lot of criticism since the explosion of the vaping crisis. The company is facing lawsuits filed by families of teenagers who claim they have become hooked to nicotine after using Juul’s vapes. Juul is also under multiple investigations by state and federal officials.

Breja, through his lawyers, filed a lawsuit against the company on Tuesday. The ex-employee revealed in his lawsuit the ill practices at the e-cigarettes making company. Breja claims he was fired because he stood up against the unlawful acts. He describes the culture at Juul to be a reckless-win-at-all-cost. Breja’s lawsuit seeks damages for lost Juul stock, bonuses, and salary. Because he lost his job barely before a year was over, Breja didn’t receive Juul stock which his lawyers claim will be worth eight figures as per the current market valuation.

According to Juul’s spokesman, Breja’s claims are baseless and that he was fired because he did not possess the requisite leadership qualities for the job. The company spokesman further said that the shipped vapes had met all the applicable specifications.

When Breja urged Juul management to add expiry dates on their products, Burns rejected his idea saying that half of the company’s consumers were drunk and that they would not notice the quality of their pods. The negligence by the company which is at the expense of the consumer’s health is so evident.

According to government surveys conducted recently, more the 1 out of 4 high school students admitted using e-cigarettes during the last month. This is despite federal laws prohibiting e-cigarette sales to persons under the age of 18 years. Over 1,600 cases of lung damage caused by vaping are being investigated by federal officials. Many of the patients reported to have vaped THC, the psychoactive element in cannabis, but the officials are yet to implicate any ingredient or compound.

Last month, the Trump administration announced the removal of almost all vaping flavors in the market leaving tobacco only. Public health advocates are however worried that the administration may lack to withdraw mint and menthol. Mint and Menthol are the most popular flavors among the youth. Over 50 health groups including America Academy of Pediatrics and the America Lung Association sent a letter to the first lady requesting the administration to stick to its initial proposal of banning all other flavors apart from tobacco.

After the allegations, Juul has made voluntary concessions. The company has suspended sales of its dessert and fruit-flavored pods as well as halted advertising. They are only selling mint, tobacco and menthol flavors.