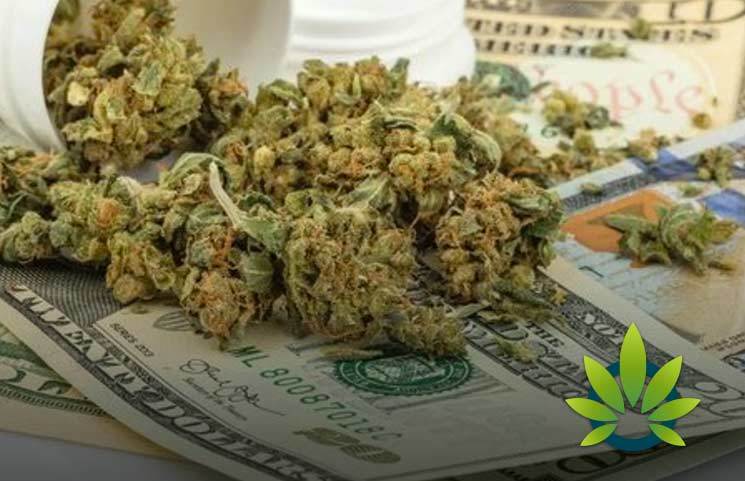 The 116th Congress spent Wednesday holding a hearing concerning the banking industry and marijuana. Cannabis businesses in states that have legalized marijuana for adult or medical use face challenges accessing banking because marijuana is illegal under federal law. During the hearing a financial subcommittee questioned witnesses concerning banking access can improve public safety, the cash-only basis quality and transparency, and whether the cash has the odor of marijuana.

“The absence of broader, permanent regulatory framework continues to keep nearly all banks out of this growing industry despite a clear interest. Today’s hearing will allow us to being consideration of draft legislation to bring transparency, accountability and address major drivers of violent crime in this space.”

The hearing did not seem pro marijuana. Before the hearing, several lawmakers circulated a draft bill that would protect banks from penalization by federal financial regulators in the event that the banks received profits from cannabis-related transactions. Under the draft bills, such transactions “shall not be considered as proceeds from unlawful activity.”

According to Rep. Denny Heck (D-WA),

“Today, after six years, we finally have a hearing, and it comes too late. Too late to prevent dozens of armed robberies in my home state of Washington. Too late for Travis Mason… a 24-year-old Marine veteran in Aurora, Colorado, who reported for work as a security guard and Green Heart Dispensary on June 18, 2016 and was shot dead that night by an armed robber.”

Further, “We have the power in this committee to prevent murders and armed robberies.” Hicks was referring to the position that preventing marijuana businesses from accessing banks would lead to operation on and all-cash basis, and that it may not be beneficial.

“The Committee is undoubtedly aware that cannabis businesses are not alone in struggling to gain access to banking—even though theirs is the most difficult situation. Any business that handles significant amounts of currency is also subject to greater scrutiny by the financial services industry for all of the reasons that are well understood by members of this committee.”

“an effective safe harbor mechanism in federal law promotes the safety of the public, improves the efficiency of collecting the taxes and fees we use to regulate the industry, and does not allow the banks and credit unions to totally abdicate their responsibilities to know their customers and avoid illicit money laundering.”

“encourage tax fraud, add expensive monitoring and booking expenses and – most importantly – leave legitimate businesses vulnerable to theft, robbery and the violence that accompany those crimes. I’m not one for fear mongering – what I testify to here today is rooted in experience and research. Any police officer who has worked the street, or investigated enough robberies, will testify to the same regarding any business forced to handle large amounts of cash.”

One of the cosponsors of the banking bill, Heck, stated the driving forces behind his advocacy for legislation improving access to financial services for the marijuana industry. His main driving force was his brother, who died after exposure to herbicides after serving in Vietnam.

Heck stated, “Toward the end of his life, the only relief he could find was from the illegal consumption of marijuana,”

“I’ve always thought and lived with the irony that the same nation that asked my brother to put on a uniform and put his life at risk—in an activity that eventually did in fact take his life—held him to be criminal when he found the relief in the only way he could.”

“Congress has an opportunity to make a simple policy change that will greatly benefit communities and small businesses by approving cannabis banking reform,”

“Representatives Perlmutter and Heck should be commended for pushing for this hearing so that this issue can get the attention it deserves and we can move toward a sensible policy that will increase public safety and transparency in this burgeoning industry.”

Representative Earn Blumenauer (D-OR) also issued a blueprint concerning the legislative path to marijuana legislation and a press release concerning the access to banking issue. Therein, he noted that the access issue is “one of the first dominos that should fall.” He added that the hearing indicates that Congress is “finally making progress toward addressing the irrational, unfair, and unsafe denial of regular banking services for state-legal marijuana businesses around the country.”

Another cosponsor of the bill, Perlmutter, stated,

“Today’s hearing was a big deal for the thousands of employees, businesses and communities across this country who have been put at risk because they have been forced to deal in piles of cash while Congress sticks its head in the sand.”

“The American voters have spoken and continue to speak, and the fact is you can’t put the genie back in the bottle. The SAFE Banking Act is focused solely on taking cash off the streets and making our communities safer, and only Congress can take these steps to provide this certainty for businesses and financial institutions across the country.”

“We listened to hours of testimony today about the dangerous position we put store owners and employees in by forcing them to do all of their business in cash. We can fix this. We don’t have to force them to operate in a way that makes it difficult to secure and track their funds.”

“Regardless of our views of marijuana use, the voters have decided in states all over this country that they want recreational and medicinal markets. To continue to do nothing to protect public safety would be negligence.”