Expecting Moms Who Use Cannabis and CBD During Pregnancy and Breastfeeding: What to Know
Advertisement 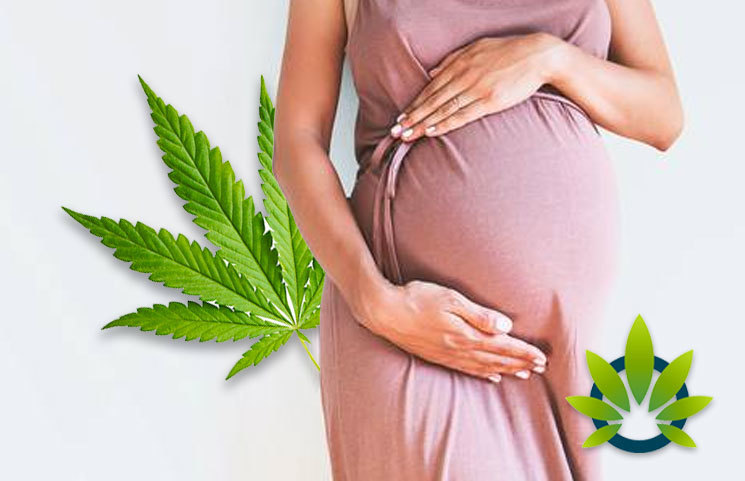 The likes of cannabis and cannabidiol (CBD) have grabbed the attention of many in recent times. When it comes to the former, more reference is made to THC, which is short for tetrahydrocannabinol.

THC is a compound found in marijuana. This is the plant that many associate hallucinations with, while it is also known as a potential solution to one’s emotional and physical needs. CBD or cannabidiol on the other hand is derived from hemp, a component that is found in the cannabis flowering plant and is heavily known for its health benefits (minus psychoactive effects).

Understanding how THC or CBD consumption can affect human health has become problematic. For starters, there aren’t sufficient studies replicated to ensure findings are valid. Some may argue that CBD or THC is great for health, while others scorn it altogether. This leads many to wonder the duo’s effect on pregnancy.

Upon searching for possible studies to cite, an interesting post by media outlet, CBD Testers’ Alexandra Hicks came up. Hicks supposedly was an occasional smoker and shared her experience as a pregnant and breastfeeding mother. This led her to further breakdown the different aspects of said compounds while considering pregnancy and baby’s health.

The following will provide an overview of what has been shared in terms of both the mother’s and baby’s health and things to be watchful of.

Should One Be Ingesting CBD or Cannabis as a Breastfeeding Mother?

This is one question that everyone is asking and unfortunately, there isn’t one to-the-point answer that has been provided. Bearing this in mind, a legal stance on this matter has been provided by Hicks.

Hicks is originally from California, where said ingestion is legal. When she was tested for drugs during her pregnancy, her results indicated that she was tested positive for THC. Although she took it a while back, because the digestion process is rather slow.

When she gave birth to her child, she was told that her baby was due to tests because she was tested positive. She was advised that if the baby was also tested positive, then not only will she not be allowed to breastfeed her child, but Child Protective Services would be present. This is something that’s never been shared in any research whatsoever and is important for pregnant individuals to know.

What to Expect While Being Pregnant

Some of the common symptoms associated with pregnancy include emotional destress and nausousness, where the latter can be felt as early into pregnancy or later depending on each individual. Another symptom is random bodily pains, mainly in the back. According to the claims made, back pains are typically associated with increased hormonal levels, change in center of gravity – which in turn alters posture, weight gain and stress.

An interesting fact about THC consumption during pregnancy is that it has the ability to bypass the placenta and enter into one’s breast. This means that when a mother breastfeeds, her baby is expected to ingest very low traces of THC.

Hicks reported that newer studies seem to show less signs of terror compared to older studies. The reason why said newer studies do not see too much harm is because they’ve also considered other factors, including the use of tobacco, alcohol and other drugs. Dr. Shayna Conner was quoted saying that marijuana is not an independent risk factor, but rather depends on the use of the aforementioned drugs.

Compared to this 2016 study, a 1994 study was referenced in which they found that the cannabis flowering plant was more natural and containing less THC three decades ago than today’s resources. This could be the reason why said researchers were unable to differentiate between kids of smoking and non-smoking Jamaican mothers.

Hicks further referenced both a 2019 and 1992 study. The 2019 study found “no differences in growth, or with mental and motor development were found when their children were compared to non-exposed infants at 1 year of age.” However, the 1992 study was able to conclude that 0.8 of THC consumed by the mother is consumed by the baby. Interestingly, she also came across the fact that “paternal cannabis use” is associated with sudden infant syndrome (SIDS) – so it seems like the mother isn’t the only to consider but also the father.

Another important role THC plays in pregnant woman is that it has the potential to reduce breast milk production, not to mention having an impact on both the quality and quantity of milk.

CBD is said to have less of a negative impact compared to THC – as consumption and during breastfeeding. The American College of Obstetricians and Gynecologists (ACOG) supposedly advises against the use of cannabis and CBD during pregnancy. This is merely due to the lack of evidence found in studies.

This being said when pharmaceutical drugs are compared to CBD, many seem to stick by the latter. Because literature on average does not paint a negative picture of CBD, it is deemed a safer alternative. Hicks referenced Dr. Leah Zachar, who shared:

“CBD has no effect on embryonic development, thus preliminary studies suggest it is safe.”

Given the aforementioned symptoms associated with pregnancy, most pregnant women are recommended prescription drugs to ease the associated pain. It turns out that not all symptoms are dangerous and hence, do not require intense medication. The table below summaries the key findings in relation to key symptoms.

Table 1: Summary of Hicks' findings for symptoms including nausea, depression and pains and the possible harm pharmaceutical drugs might be inducing to both the mother’s and baby’s health..

So, is the ingestion of CBD and THC good or bad? For the moment, the answer is in between. To be more specific, pregnant mothers need to be careful of the choices they make. We cannot say anything with confidence at the moment, as there aren’t enough studies to validate the use of said plants.

This being said, pharmaceutical drugs are not always the best way to go either, considering the number of lawsuits some of the aforementioned drugs have had due to birth defects. To be on the safe side, it may be ideal to pass on said usage, at least in the case of cannabis, because if a mother is tested positive, then the baby will also have to undergo tests. The consequences may be severe, and this varies depending on country and state.

Interestingly, mothers should be more cautious of the pain they experience and how severe they feel it to be. While this is hard to tell, as any pain can seem unbearable, some do not need prescription drugs, and if they can be avoided, this could mean well for both the baby and the mother.

Finally, it is advised that individuals conduct their respective research to further understand the implications of THC and CBD. This field of study is constantly changing, and the hopes are that more studies will be conducted to give us a better sense of what we will have to face in the future.