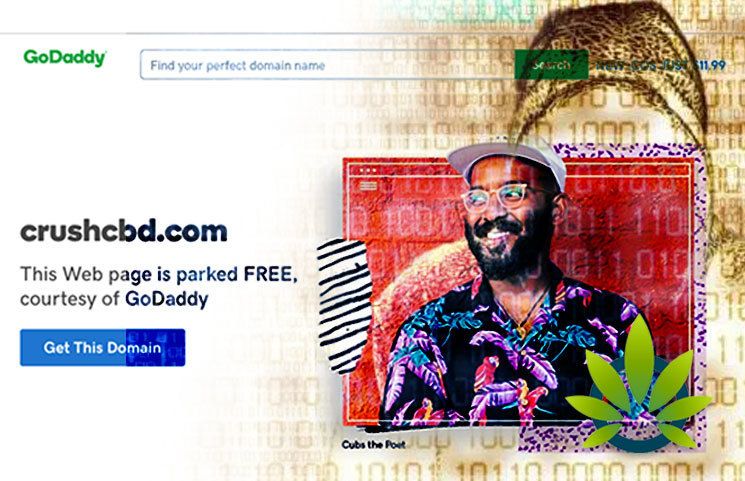 Yashar Ghaffarloo, an internet marketer, posted an interesting piece on “domain name high jacking” related to his experience concerning the purchase of CrushCBD.com for $1,250 during a GoDaddy Auction.

Domain name hijacking is the theft of a domain name where a registered domain name’s registration is transferred from the original registrant, without their permission, to another. According to the Technopedia website, it

GoDaddy informed him that a party was interested in purchasing his newly-acquired domain name, but he declined the offer.

He then received a phone call from another party interested in acquiring the domain name, and the offer was more than the first party had offered. Yashar informed the potential buyer that he would get back to them. After digging, he determined that the first part was Tinted Brew, Inc. He then contacted Tinted Brew and informed them of the second party’s offer.

Yashar shares that Tinted Brew, Inc. owner Jonathan Nemr reached out later that day and said that they could not afford the second party’s offer. He also indicated that nonetheless, they had a trademark for Crush CBD and no one else can use the domain name. Yashar took the position that such a statement is false.

Yashar then received an email and letter from an attorney representing Tinted Brew, Inc., and it appears he takes the position that the claims in the letter and email were baseless.

“Domain owners often fall victim to reverse domain name hijacking, losing their assets in fear of being litigated against. I’ve seen too many cases of registrants being bullied into transferring the domains names for which they have a valid use case for to complainants – like Tinted Brew, Inc. – only later to realize that they were not in violation of what the letter claimed.”