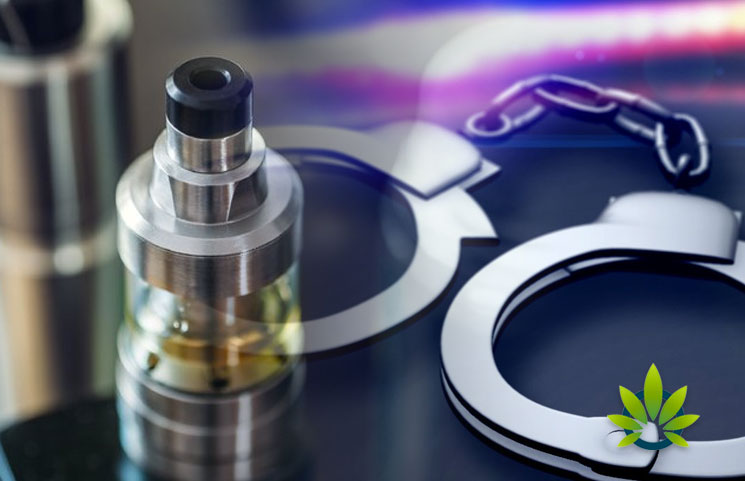 People being rushed to the emergency room after suffering from severe hallucinations and seizures after consuming vaping products thought that it would help them. The vaping products referred to as Yolo contained synthetic marijuana, which is manmade.

The outbreak ended early last year in Salt Lake City, with more than 50 people having been poisoned by the Yolo vape (You Only Live Once).

In the past several months, hundreds of people have developed lung illness with more than 30 dying after using Yolo vapes.

Public health officials are investigating the manufacturers of Yolo vapes as it has disappeared from the market. The investigation trail led to an entrepreneur in South California beach town, Janell Thompson, whose vaping habits prompted her together with her roommate, who also vaped to launch an e-cigarette company known as Hookahzz.

Hookahzz was the first company to sell CBD products, and due to its success, its products were included in the Oscar nominee gift bags and were also available at Emmy Awards pre-party.

The company also had other products such as CBD capsules, edibles, and pet products, as Thompson claimed CBD healed her dog’s tumor.

Thompson and her partner founded Mathco Health Corporation in 2017, and Yolo products started appearing on the shelves at the same time around Salt Lake City.

At least 11 people died in Europe after using Yolo.

The stores selling the Yolo vaping products did not disclose any information to the investigators, and the products had no contact information.

The summer of 2018, Tatianna Gustafson, former Mathco bookkeeper, filed a complaint with the Department of Industrial relations in California after collecting enough evidence of the company’s corrupt business practices, such as no ingredients or contact listing for Yolo. Justin Davis, Mathco employee also said that Yolo profit margins were higher than any other products.

Further investigation showed that JK wholesale mixed and distributed Yolo and that Thompson was the primary salesperson.

The investigators finally caught up with Thompson through Yolo poisoning in Utah, and by that time, more than 40 people were ailing after consuming Black Magic and Black Diamond vaping products.

Geoffrey Berman, the U.S Attorney, referred to Thompson as a drug trafficker, and she is now facing close to 40 years in jail.

Toast Debuts A New Product, Toast Emerald, Which Will Be Available Nationally