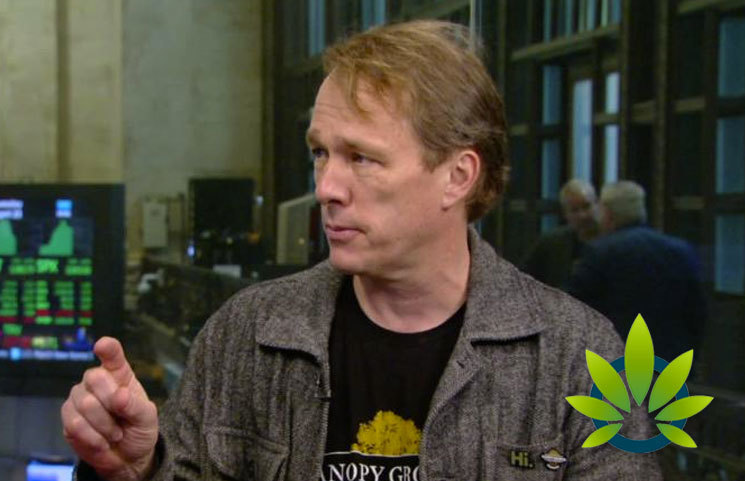 Canopy Growth has a major expansion plan in place, and reports came out weeks ago that stated that the company would take a while to bring in profits with its new expansion. However, as worries have started circulating through the market over the company’s value, it looks like CEO Mark Zekulin is trying to gain control of the situation, bombarding the media with a total of nine interviews so far.

This cannabis giant of Canada has repeatedly informed investors through their actions and even press releases that their work is for the long-term good of the company. With billions of dollars invested in the infrastructure and R&D of this brand, the lack of completion of their work is leading the stocks to tank, causing investors to become nervous about their contributions. However, Zekulin took the time to remind the public,

“We have been in construction for 70 months. We have four months left on that expansion plan.”

While the company has succumbed to the slow-developing recreational cannabis market in Canada, combined with the high stock compensation expenses, they’ve missed expectations from their investors. Canopy Growth’s acquisition of Acreage Holdings, a US cannabis firm, hasn’t done much for the company either, as it led to a C$1.2 billion charge. Even the costs associated with research and development of the upcoming “cannabis 2.0” launch, which includes chocolates, beverages, and vaping products, have taken a toll on the company.

Bruce Linton, the founder of Canopy Growth, released a statement in July that he was fired from the position he held with the company as co-CEO. Zekulin, who was co-CEO as well, took over the full position. However, he plans to step down after a new Chief Executive Officer is brought into the company, though the search for such an individual is still in progress.

At the moment, Zekulin reassures investors and consumers that they are on the right path of operational efficiency and will keep up a 25% to 33% market share. He added,

When Linton was in charge, Canopy Growth found plentiful opportunities, acquiring operations around the world, investing in research for cannabis, and even partnering with Martha Stewart to develop products for pets. Linton was also a co-CEO for the company as he converted a facility for vacuum cleaners in New York to a hemp processing plant and brought in billions of dollars into the development of vaping products, edibles, and cannabis beverages.

As Zekulin says, none of these broad strategies and efforts have changed since Linton left the company. He noted, “A lot of that work is now done, and the real focus is taking the chess board that we’ve set and really focusing on now executing.”

In October 2018, Canopy Growth launched the sale of recreational cannabis, but they’ve burned through funding at a much faster pace than originally anticipated, according to analyst Andrew Carter of Stifel. Initially, the company experienced unexpected issues with on-line production, and they put much of their faith in gel caps and oils. However, the Canadian market is 90% dominated by the sale of cannabis flower and bud.

Now, Canopy Growth faces a new challenge in the winter as Canada starts allowing consumable cannabis products, like chocolates and vapes, to be sold. Carter commented that Canopy Growth “could do bad in this and still be OK long term, quite frankly.” Still, he warns, “For their story and for investor enthusiasm, they have to come out well in this market.”