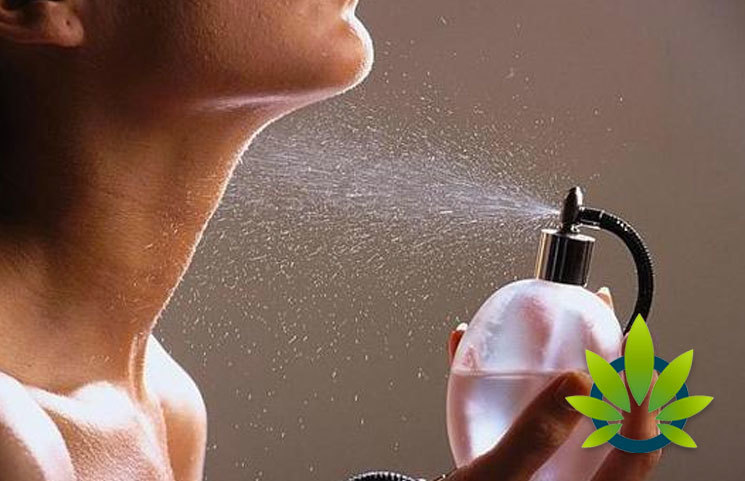 Cannabis use is often connected to a skunky and unpleasant smell, but it looks like those times are in the past. High-end beauty influencers have started admiring this aroma in various perfumes. Bloomberg recently published an article to shed light on some of these cannabis-inspired performed and colognes.

Dirty Grass, available for $185 in a 500 mg bottle, contains hemp-based CBD oil. The fragrance is one of the latest releases from Heretic Parfum’s Douglas Little, who also can be credited with the selection of all-natural fragrances with Goop. Chronic, available for $175, comes from 19-69, featuring hints of grapefruit and moss, and both fragrances can be purchased at Barneys New York.

These fragrances join many others already on the market, like Malin + Goetz’s Cannabis Eau De Parfum ($165), which is a combination of spicy herbs and white floral scents. For consumers that want to remind themselves of Woodstock, Maison Margiela’s Replica ($126) features a smell that is described as “patchouli and fresh bud.”

The regulation and legalization of marijuana is growing, which is leading fragrance maters to discover new ways to tear down the stereotypes of burning joints and old bong water. The CBD craze appears to be emerging in every market, ranging from shampoo to gum drops and even foods for pets. In fact, researchers believe that the CBD market in the United States could easily reach close to $24 billion by 2023. Based on data from Mordor Intelligence, the global fragrance market could grow from $52.7 billion in 2018 to $72.3 billion in 2024, and companies can gain an edge by introducing CBD to their products.

Co-founder of Malin + Goetz, Andrew Goetz, stated that even just naming his company Cannabis Eau De Parfum was a major risk when it came out five years ago. After all, recreational marijuana wasn’t nearly as common as it is now. While the candle version that his company released for $55 continues to be a best-selling product, Goetz stated, “Now everyone is trying to find their way in and their opportunity.”

L’Oréal, Estee Lauder, and Chanel are easily the biggest players in the market, but notably don’t have any cannabis-themed products. If these trends continue, it is likely that they could end up joining the movement. Levy commented, “In the past two years in the beauty category, cannabis became one of those real conversation pieces.”

Demeter’s Cannabis Flower ($36) was one of the first cannabis fragrances to reach the market, way back in 2006.

The chief executive officer of Demeter Fragrance Library, Mark Crames, created the fragrance to have “that skunky cannabis smell,” though the aroma is a big understated. He said that the smell of cannabis was already notable enough to be recognized, so they muted the aroma to make it wearable. He stated, “I didn’t want you to get pulled over for driving under the influence while wearing my cologne.”

Clearly, legalization of recreational marijuana is playing a role in this popularity, but the creators of these fragrances don’t just want to make consumers smell like the strains they smoke. Instead, Levy stated,

“The ones I’m smelling have more to do with the outdoors, trees, woods. Now that the U.S. is allowing weed to be legal state-by-state, it also allows it to be something everyone is talking about.”

As Vaping Risks Rise, How To Know If Your Vape Pen Is Dangerous?