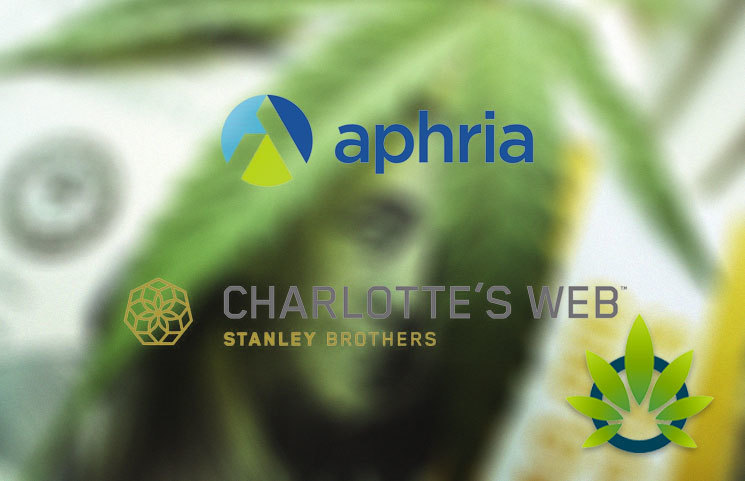 In a recent piece by Yahoo Finance, an analysis of which of two cannabis-focused stocks: Aphria or Charlotte’s Web Holdings is likely to yield greater gains was done. Given that Charlotte’s Web is already performing in full form, the news outlet claims that Aphria might one day be up there as well. Here’s an summary of what has been discussed upon in arriving to said conclusion:

What You Need to Know About Aphria

Aphria is a Health Canada licensed medical cannabis products producer. Supposedly “powered by sunlight”, the cannabis provider prides itself in being able to offer products founded on natural methods of extraction.

Based on the claims made by Yahoo Finance, Aphria currently holds the third position amidst the top five Canadian cannabis producers to date based on their production capacity of 255,000 kg per year.

In addition, Aphria is one of a select number of Canadian-based firms to have impressed the German government, where the latter has granted permission to cultivate cannabis in the country. This also is surely to help the firm establish a name for itself across Europe.

Interim CEO of Aphria, Irwin Simon has disclosed that he expects CBD vaping will make up 30 percent of total sales within the market by 2021, while boasting about how well the firm has been performing thus far. The aforementioned was allegedly shared as a result of its partnership with leading vaping firm, Pax Labs.

While Aphria has yet to make its presence in the U.S. market, Simon has shared the firm’s enthusiasm and openness in grabbing onto lasting opportunities in the near future. In the United States, marijuana is illegal under federal law and is classified as a Schedule I substance.

Does Aphria Have any Chance Against Charlotte’s Web?

As Aphria starts climbing the ladder of success, Charlotte’s Web is supposedly the one to have set the standards straight. In particular, the U.S-based hemp firm, started in this respective industry before it became widely known.

Charlotte’s Web is known for producing 675,000 pounds of dried hemp in 2018 with 300 acres secured, and another 862 acres of hemp to be seeded throughout what remains of 2019. Since the passing of the 2018 Farm Bill, the firm has since established 2,300 retail locations, with its CBD products available in over 8,000 stores.

The company has supposedly announced its partnership with Kroger late July, where the grocery store will shelf the former’s products in 1,350 stores across 22 states.

Final Draw: Who Ends Up with the Short End of the Stick?

While Aurora is strongly represented in Canada with increased possibilities of expansion in Europe, Charlotte’s Web has taken every measure possible to lead the industry within the U.S., the most powerful country in the world.

That said, the comparison of the two, especially based on how deep into the market they are in terms of operations and their level of recognition, choosing one becomes a tough task. As per Yahoo Finance, both stocks are great as Aphria is working its way up and could become a big player in the long run and Charlotte’s Web is also performing well.

With the last statement in mind, it seems like Charlotte’s Web’s current momentum is what leaves Aphria with the short end of the stick, as the former’s current market share of under $900 million is predicted to easily double over the next couple of years.

This is not investment advice.

All information is for general informational and educational purposes only. Nothing should be interpreted as legal, investment, or wellness advice.