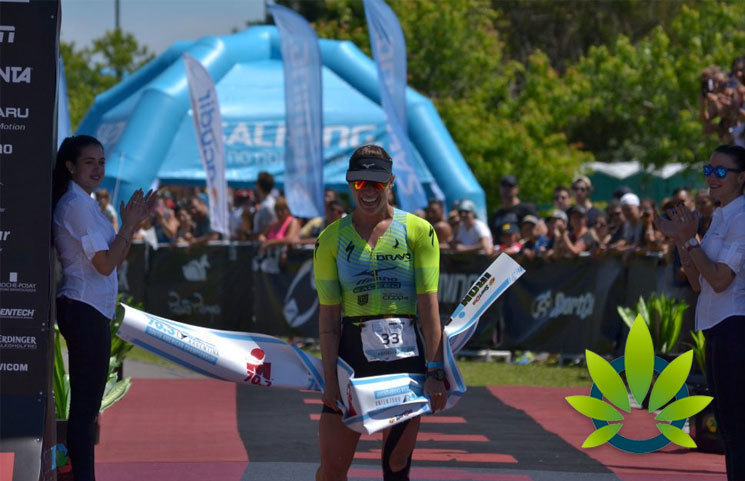 The use of THC may be legalized in some states, but it still has a federal ban, leading many major organizations across the country to impose bans as well. The sports industry prohibits the use of THC, as it is considered a schedule 1 drug under the Controlled Substances Act. While some athletes get around this rule by using the non-psychoactive CBD as an alternative, as it is required to have no more than 0.3% THC, there are still some companies that don’t adhere to this rule. Lauren Gross recently can across such a company, costing her much more than a bad reaction.

Gross, the 11-time Ironman world champion, has officially been given a six-month ban after finding THC in her system. She posted about the experience on Instagram, explaining that she had been using a CBD cream as a solution for an ankle injury, but testing revealed that it “had more THC than it stated on the container.” THC is the substance in cannabis that causes the body to experience a feeling of being high or stoned. Gross added that her experience “should be eye-opening for athletes who also use CBD to treat injuries” and that she presently feels “depressed, nervous, and unsure” of the next steps that she will take. 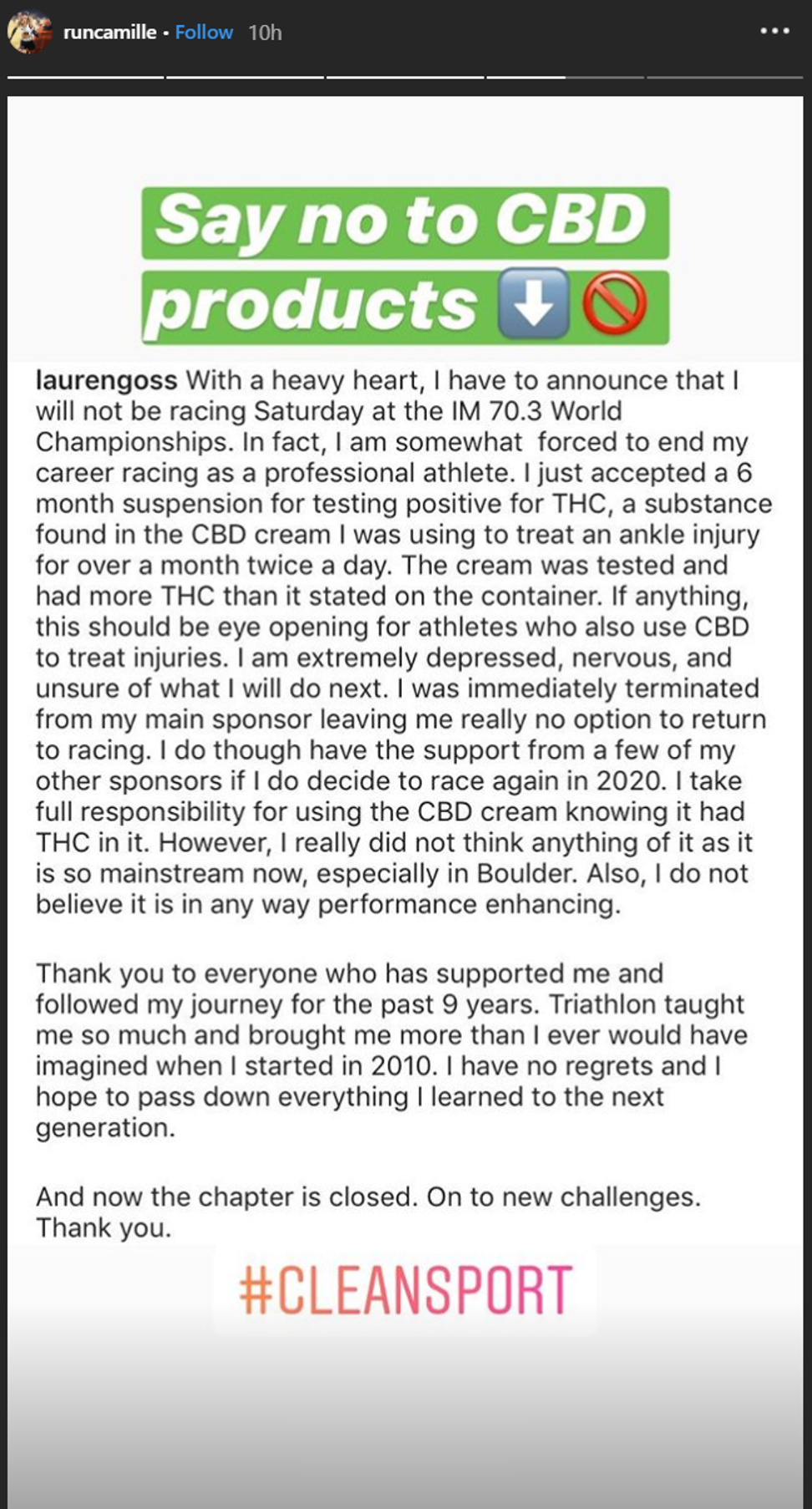 The image above comes from Gross’s private Instagram page. However, ultra runner and Comrades winner Camille Herron posted a screenshot.

Before this ban, Gross was supposed to race during the Ironman World Championships, which is being held in Nice, France on September 7th. The race is a triathlon, involving a run (21.1 km), a bike ride (90 km), and a swim (1.9 km). Now, Gross has already lost her main sponsors, but there are still other sponsors that could be secured if she chooses to race again after the ban is over.

Presently, there doesn’t seem to be any decision on whether Gross will race again. In fact, she stated that she feels “somewhat forced to end my career racing as a professional athlete,” adding that “the chapter is closed.”