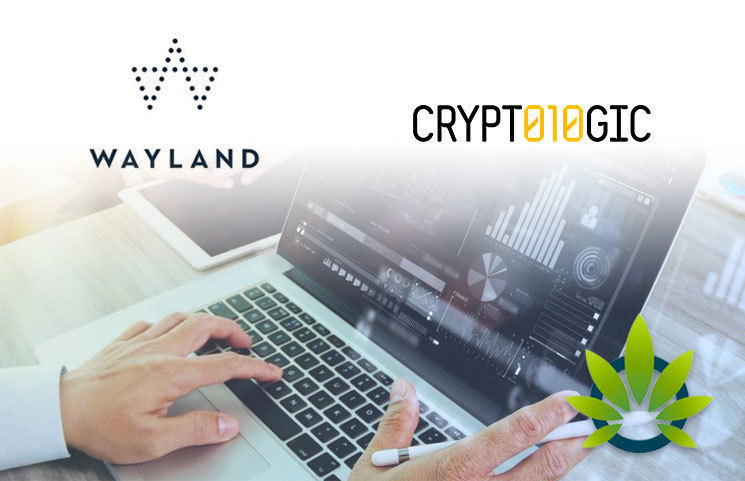 In a recent press release, Vertically integrated cultivator and cannabis processor, Wayland has announced that it had signed a non-binding letter of intent (LOI) that would permit the company to sell its Canadian-based business to a crypto mining company called, Cryptologic Corp.

It turns out that this was done in exchange for 57,500,000 Cryptologic common shares (issued price of $4), amounting to 70 percent of the crypto mining firm’s outstanding shares. This is supposedly equivalent to the Canadian business being valued at CDN$230 million (plus liabilities).

Another transaction that Wayland has been involved in includes that of the ICC International Cannabis Corp., with the reason being as a way to transfer the former’s interest “in its international portfolio of assets to ICC in exchange for […] common shares of ICC.”

The Chair of the Board, Paul Pathak shared that both decisions were a result of careful analysis and thought process with every single perspective considered. In particular, Pathak disclosed:

“The transactions with Cryptologic and ICC represent the culmination of our strategic review and our careful consideration of a range of factors, opportunities and risks including the Company’s recent operating performance and that of the industry as a whole.”

Furthermore, it is expected to open more doors of opportunities for its shareholders and stakeholders, stressing that this endeavor could help the firm build a name for itself on a global scale.

The reasons for having chosen Cryptologic rests include its “low-level of dilution to Wayland’s shareholders in respect of the Canadian business, the availability of immediate liquidity through the bridge loan and significant future liquidity to address both Wayland’s existing liabilities and the funding to fuel its growth in the future.”

As for the bridge loan, Cryptologic has supposedly agreed to give the cannabis processor a $5 million loan prior to signing to definitive agreement, where the former will constitute a “Subordinated Debt”, which will help in clearing the company of its liabilities.

Given this proposal, some management changes have also been revealed. In particular, Ben Ward supposedly resigned from his position as the CEO and Director of Wayland, with Matthew McLeod taking over.

The latter has previously “taken on positions of increasing responsibility that reflect his key role in Wayland.” McLeod is also seen as being “instrumental in leading the development and negotiation of these transformative transactions” for the cannabis firm.

President and CEO of Cryptologic, John Kennedy FitzGerald has expressed his sentiment regarding the current market trends and what this means for the company.

More specifically, FitzGerald made the case that the crypto market’s recent improvement is what allowed his firm to witness bettered cash position, which resulted in such a unavoidable proposal. Moreover, with the uncertainty tied to crypto mining, the team trusts this as the right time to make any crypto related investments.

CFO of Cryptologic, Jordan Greenberg expressed pleasure in being able to work “with Matthew and his team at Wayland and maximizing value for all of our stakeholders.”