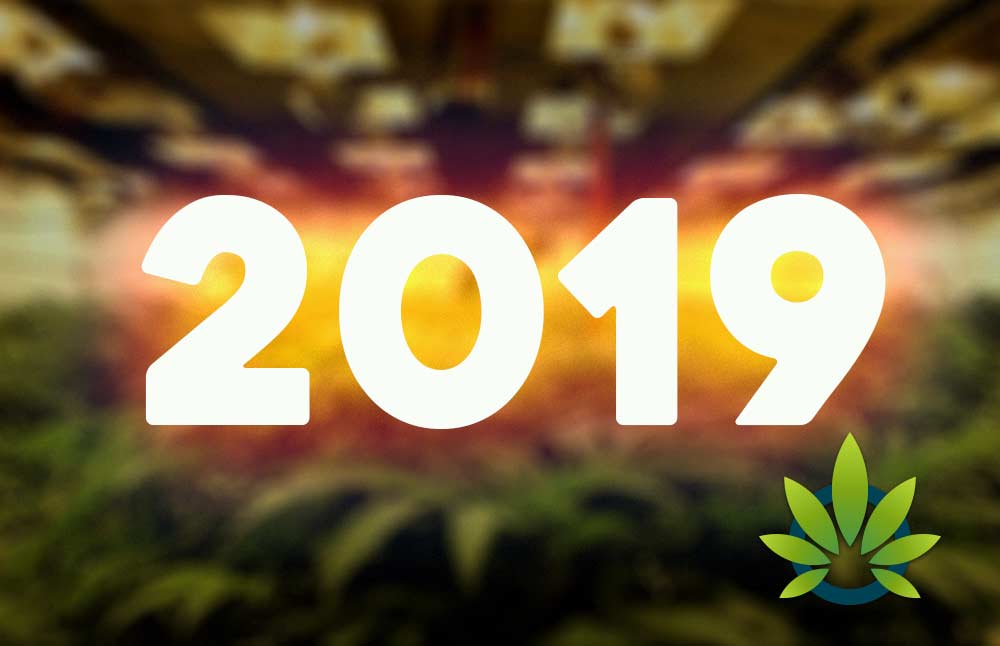 The cannabis industry has shown massive grown in 2018 and it has established itself as a mechanism for recreational and natural medicine. Based on the past year, many are looking forward to all that 2019 has to bring. Some even surmise that the industry will reach $57 billion by 2027. For now though, here are five predictions for 2019.

It is estimated that legal cannabis sales will grow by 27 percent from 2019 to 2022 and that such sales will generate $22 billion. This amount means that sales would quadruple from their 2017 figures. As for medical marijuana, the sales are expected to double by 2022.

Of course, with such industry growth comes the need for more labor. These are estimate that show that the job market in the area will grow 21 percent by 2022. Currently the industry employs anywhere from 125,000 to 160,000 people and by 2022, some believe that the figure be around 340,000.

The 2018 Farm Bill has allowed limited production of CBD that features less than .3% THC. The Bill also provides for provisions for research that will give insight into the benefits of the substance for certain health conditions. While there is still a need for more legislation to legalize other aspects, the current state has spurred an interest in the educational sector.

Cannabis May Impact Other Industries

It is expected that cannabis is going to spill over to other industries as well. For example, Johnson and Johnson has started researching medical marijuana products and has entered into agreements on the development of such products. The wellness and beauty sector has also showed an interest, especially in CBD oil. It is believed that CBD oil has a range of health and wellness benefits. A few of the most common products concerning beauty include lotions infused with CBD that may promote muscle recovery and mitigate joint pain.

As for the food industry, the production of various types of edibles has grown as well. For instance, it is established that edibles comprised of 10 percent of total marijuana sales in California.

A Replacement for Alcohol

Some are seeing cannabis as a replacement for alcohol as well. States that have legalized marijuana have seen a decline in alcohol sales and moreover, a reduction in binge drinking as well. These types of effects may suggest that legalization may provide some with an alternative to alcohol.

The big question that arises and that may in the industry are hoping for is that the federal government will legalize marijuana. It is estimated that legalization could generate $132 billion in tax revenue and around a million jobs. Such figure suggest that marijuana could surpass sales of cigarettes. The current state of the industry is also impacting public sentiment. A study by Pew Research Center determined that six in ten Americans support the legalization of marijuana.