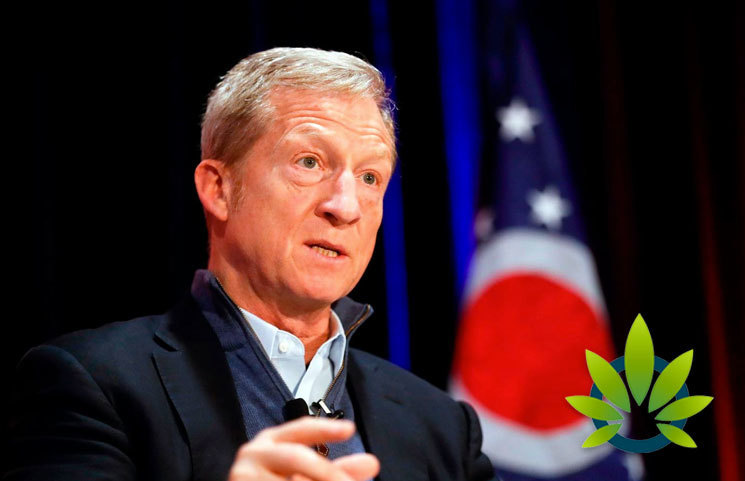 Billionaire and presidential candidate Tom Stever shared in an interview with the Las Vegas Sun concerning his position on marijuana and the challenges he’s faced financing a cannabis business.

Marijuana is illegal under federal law and is classified as a Schedule I substance. The federal prohibition makes it difficult for businesses in states that have legalized to obtain financing. On the topic of marijuana business financing, he shared,

Stever also reported that he had tried to start a community bank committed to economic justice, environmental sustainability, and women and minority owned businesses. However, he had trouble financing the marijuana business and that he is familiar with the struggle that such businesses face.

“I know that because my wife and I started a community bank that is dedicated to the idea of economic justice, environmental sustainability (and) women- and minority-owned businesses. We know that for us to actually finance marijuana businesses would mean that we would lose the support of the Federal Deposit Insurance Corporation. So, the real question is, don’t we have to change the federal laws so that the FDIC can allow community banks and other banks to support these legal industries in the states where they exist?”

It is no secret that the cannabis industry has had troubles securing financing from banking. It appears, though, that Congress understands that there is an issue. Recently, Congress held a hearing on the issue. Several issues come up, such as risks to public safety, financial accountability, and the efficient collection of taxes, according to a report by The Hill.

In addition, The Hill reported that,

“An industry survey found that 99 percent of respondents want Congress to bridge the divide between state and federal laws, regardless of whether they operate in a state that has legalized cannabis or whether they intend to serve the industry. Banks simply want the cannabis conundrum to end so that they can serve their customers and communities as they always have.”