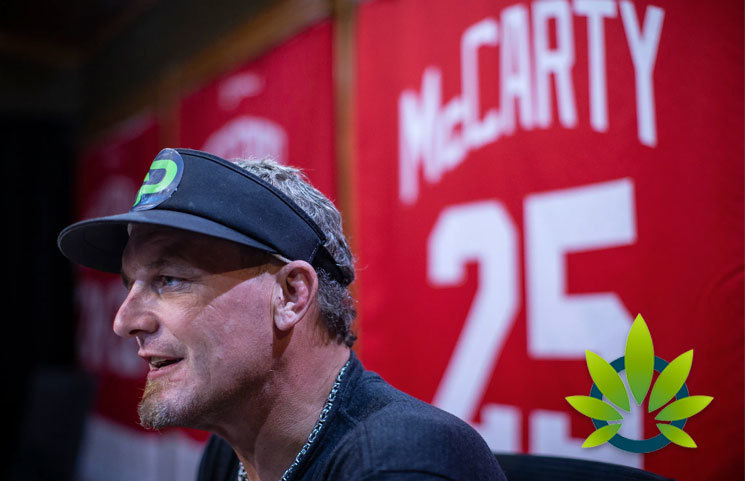 Darren McCarty, former Red Wings hockey star, has collaborated with a cannabis company named Pincanna. The company is building a massive medical marijuana growing and processing plant along the I-75 in Pinconning. Darren McCarty also hopes to win a Cannabis Cup, along with his four Stanley Cups, which is a marijuana competition to rate different cannabis products. The player has his own strains of legal weed. By working with the company, he is hoping to shed light on the benefits of cannabis which helped him to end his addiction to alcohol in 2015. He is leaving the cultivating, processing, and retail sales to the experts and will be focusing on CBD lotions, gummies, and candy bars.

During his 13 seasons, McCarty quickly became a fan favorite known for his epic fights on the ice. He was also an offensive threat scoring 127 goals, 161 assists and 288 points during his 13 seasons with the Red Wings and 2 with the Calgary Flames. He hopes to translate his athletic success into success in the cannabis industry. He first tried marijuana after a difficult surgery, and it helped him to overcome alcohol addiction. He also lost a bunch of weight, stopped most of his prescription medications, and quit smoking.

He is, however, a heavy weed smoker and some wonder if he has just switched one addiction to another. He believes that he hasn’t since it is a plant. He is committed to the 12 steps and believes that cannabis is a part of them. He also believes that what he is doing now is far greater than what he was doing before and so for that reason, he will continue to live the way he is living.