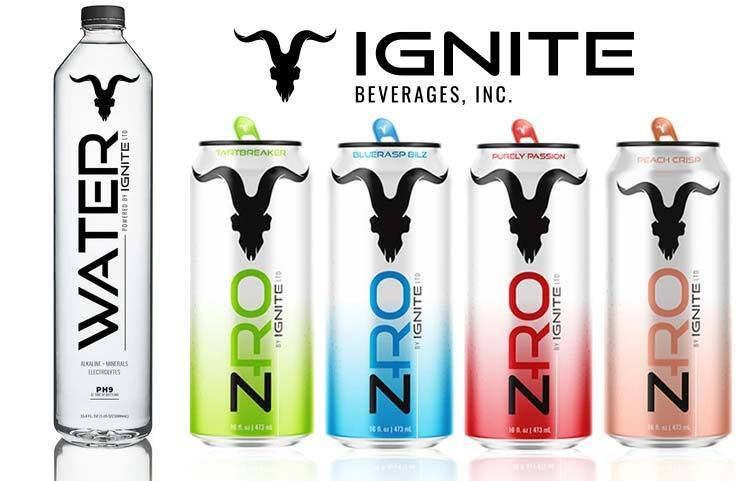 Dan Bilzerian has an impressive 30.3 million followers, many of whom have appointed Blizerian the “King of Instagram.” Blizerian is known for his jet-setting global lifestyle, and his business ventures. One such venture is the beverage industry. This upcoming spring, he will be releasing a new line of non-alcoholic products.

These products include an alkaline water called “Water Powered by Ignite,” and an energy drink called ZRO by Ignite, which will be infused with nootropics. Blizerian shared with Bevnet in an email that there is a “financial opportunity” to aligning the brand with products that the “core audience enjoys.”

The water will be fortified with electrolytes and will have a pH level of 9. It will also include minerals, and will be available in a one liter bottle. As for ZRO, an energy beverage line, it will feature beverages in four flavors, which include Bluerasp Bilz, Peach Crisp, Tartbreaker, and Purely Passion. These beverages will feature ingredients such as L-tyrosine, Amatea, and Alphasize Alpha GCP 100.

James Gracely, the president of Ignite Beverages, shared in the Bevnet report that he “saw a trend of people” who were tired of propriety blends, and that such blends are a “glorified way of telling you that the product is not going to give you enough of anything, but you’re not going to know what’s in it.” He also added that, alternatively, the brand’s beverages will have a “full dose of Alphasize Alpha GCP for nootropic function” and that users receive “real ingredients but nothing hiding behind a proprietary blend. It’s fully disclosed.”

This is not Blizerian’s first business venture. Rather, he founded another company. in 2018. He also manages other brands, such as vodka label Ignite, and Alastair, a skincare brand.