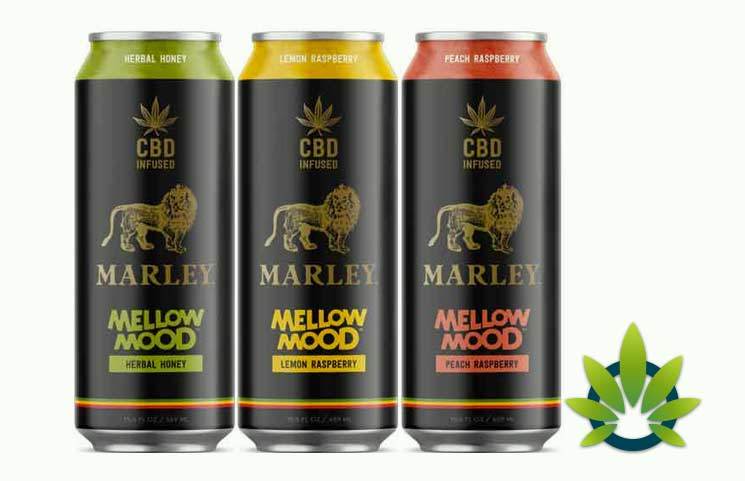 As more CBD products come out around the country, there are several drink brands that have decided to take on an infused version of their own lines. New Age Beverages, for example, just signed a deal with cannabis firm Docklight Brands. Together, they will be developing a variety of CBD-infused beverages under the Marley brand, which will be called the Marley+CBD Mellow Mood drinks.

These drinks, available in 15.5-ounce cans, feature a total of 25mg in each serving. Presently, the drinks are planned to be launched where cannabis can be purchased recreationally, which include stores in Colorado, Oregon, Washington, and Michigan.

Since the discussions on this product line began in October 2018, New Age has already allegedly secured commitments in the national accounts of retailers and distributor. This means that their products will be available for purchase at over 125,000 locations. As the national market evolves, they hope to bring the brand to more locations, and they have already developed the necessary infrastructure to meet their projected demand for 2019.

In the second quarter of the year, New Age is launching a marketing campaign in participating stores to bring more customers to the opportunity.

“It makes my job a lot easier when I have retailers and distributors reaching out to me asking for specific products. From the moment the CBD movement began, I’ve been receiving calls nonstop asking when we’d be going to market with a Marley+CBD product.”

“Retailers and distributors realize that it will be a long road for smaller CBD brands to gain traction and brand equity. Under the Marley brand platform, we are able to leverage a massive global brand with ties to healthy cannabis use, to ultimately grow a beverage brand beyond anything we have seen to date.”

This announcement correlates with the way that cannabis beverage launches have been increasing over the last new months. The worlds largest brewer, AB InBev, announced that they would be investing $100 million in these types of beverages, according to a press release last month. Molson Coors has also shown their interest in the creation of these products with the development of a joint venture called Truss. Truss, which is a collaboration between Molson Coors and The Hydropothecary Corporation (Hexo), will be selling drinks with CBD infusions.

Hemp Biz Conference is May 1-2, 2019 in Denver, Colorado as a Reputable Cannabis Industry Meetup Event