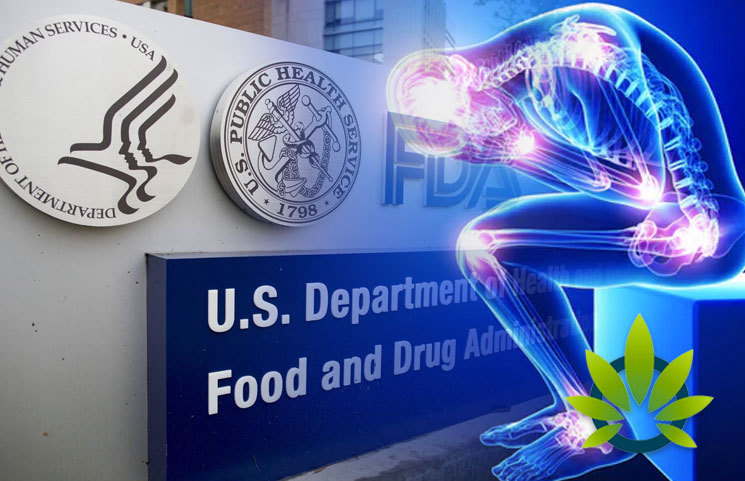 The Food and Drug Administration (FDA) in the United States has not approved the use of cannabis and hemp in foods, beverages, and supplements. While the Farm Bill in December made the use of this substance legal, as well as the cultivation and sale of hemp, the FDA is still working on regulations to determine how this substance can be integrated into their industry as well. It looks like Ebanel is now jumping the gun and releasing their own pain relief product ahead of the new guidance.

The product, which is made with Ultra-Potent Hemp Extract and Menthol, has been called unethical and illegal under the FDA’s rules by Communal News. At this point, hemp extract is not permissible with any FDA active ingredient and cannot be cited for any FDA use like “pain relief” in conjunction with another approved substance. In this case, menthol has been approved by the FDA to help with pain relief, so it cannot be combined with hemp until it has been approved for use by the FDA.

Products with menthol for pain relief can only include other ingredients that have been approved by the FDA. At this point, hemp and cannabis don’t qualify. Ebanel has yet to take down this product, claiming that the remedy is created in an FDA licensed facility, which means that it is claimed to be made under the approval of the FDA. In an article with Communal News, the researchers contacted other pain relief competitors, who stated that a registered active ingredient cannot be combined with a product that isn’t approved by the FDA yet.

Furthermore, Communal News states that they believe that Ebanel’s reviews for the remedy have been falsified, which is illegal and unethical. The advertising and marketing of approved FDA products is regulated by the FDA, which means that they can decided what is claimed about the remedy. However, this isn’t the first time that Communal News has accused Ebanel of generating fake reviews, and they contend that every major hemp product to be sold on Amazon also has fake consumer reviews.

In a matter of two months, there have been 85 reviews, two of which reviewed the product on the first day it was listed, before being sold. Much of their article focuses on the fake reviews, but ultimately states that Ebanel is practicing both unethical and illegal practices. Time will tell if the FDA ultimately chooses to take action.

Can Cannabis Compound CBD Be A Real Youthful Anti-Aging Remedy?