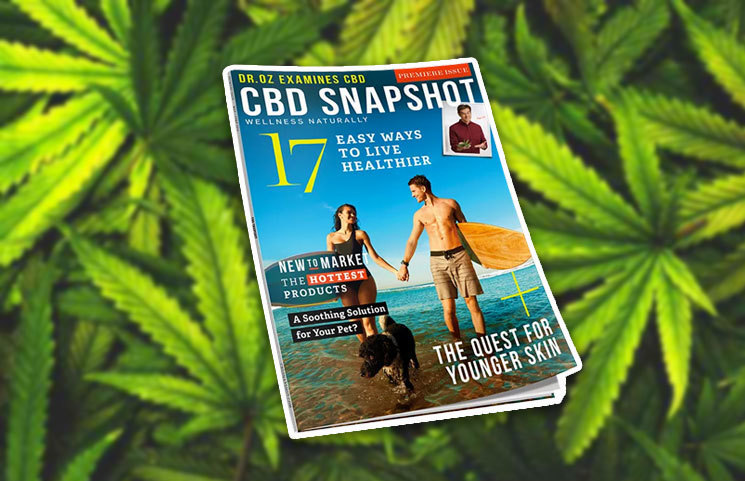 A new magazine, CBD Snapshot, released its first issue this month. According to the publication’s website, it describes the magazine as “a national consumer newsstand publication designed to guide people on their journey toward understanding the potential benefits cannabidiol (commonly known as CBD) may bring to their lives.”

Further, the publication will feature high-profile celebrities and other influencers and a spotlight on their experience with CBD. It will also include the latest research and information concerning the CBD market.

The publication’s editor-at-large, Brooke Alpert, stated that she hopes the publication will be a “go-to resource for customers and readers” who want to learn more about CBD. She continued,

“It’s such an awesome product, but it’s not a miracle drug. I want to cut through all of those smoke and mirrors.”

CBD Snapshot’s publication comes at a time where interest in CBD products and the sale of such items seems to be mainstream. For instance, Neiman Marcus and Barneys New York have started selling high-end CBD beauty products. Other retailers, such as CVS and Walgreens also reported that they will be selling CBD products.

Further, Forbes reported that a New York-based investment Bank Cowen & Co. released a study and therein, it estimates the projected revenue for the CBD market to reach $16 billion by 2025. This figure is staggering and highlights the potential that the CBD market holds. Businesses stand to capitalize from the trend.