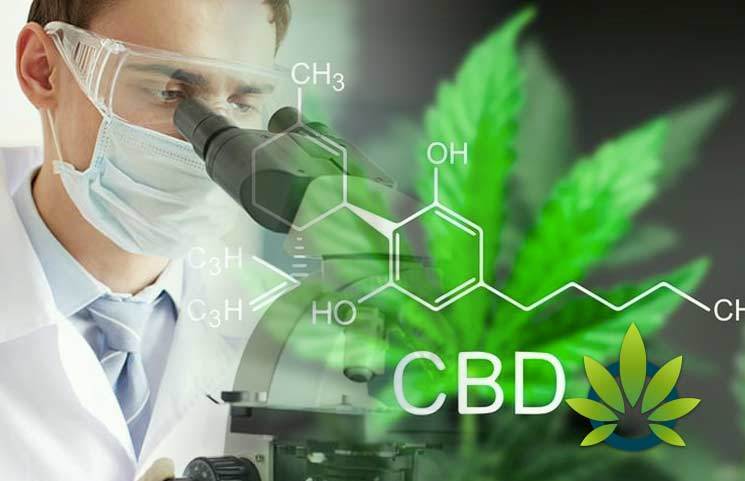 In the United States, the conversation about cannabis has been growing, but CBD is proving to be one of the biggest points of interest. As the rest of the country decides exactly what their legalization laws will be with THC, the recent passing of the federal Farm Bill of 2018 has provided new opportunities in the hemp industry.

Presently, there is not enough research to conclusively state what CBD can do, but the results from each study provide new information that lets researchers know the opportunities available with hemp-based CBD oil. With the new legalization of this substance in place, it is likely that more research opportunities will arise to give a clearer idea of how to benefit from CBD.

The National Institute of health published a research paper last year to investigate the effect that CBD oil has on sufferers of PTSD. Based on a recent edition of the Diagnostic and Statistical Manual, PTSD is no longer considered an anxiety disorder, and the entity has reclassified it as a reaction to external events.

Statistics show that 10% of the entire population of the US suffers from PTSD at one point or another, and most therapists use anti-anxiety medication and antidepressants to help their patients cope. However, researchers believe that this protocol is not helpful, introducing the idea of CBD therapy, considering the calming effect it can have. Presently, the paper simply states that the health industry needs to establish a medication with CBD and possibly THC to treat this condition, rather than addictive narcotics.

Primarily, refractory epilepsy is a condition that requires lifelong medication, but the present formulas for treatment still allow about a third of patients to have vicious seizers. Researchers at Vanderbilt University Medical School decided to establish a study in March, questioning how the use of artisanal CBD could positively impact patients with this diagnose, either with or without the use of a drug called clobazam. The research was specifically geared towards children who suffered from this type of epilepsy.

While only taking CBD, about 39% of the test group’s participants reduced their repeated seizers by about half, while was about equivalent with users who only took clobazam. Ten percent of the users with only CBD had no seizures. However, when the two remedies were combined, the number of patients with half as many seizures when up by 5%.

Furthermore, the CBD oil users had greater alertness and verbal capability, leading researchers to highly recommend this treatment for children.

In August, researchers at The Hospital for Sick Children (SickKids) in Canada performed a study on treating Dravet Syndrome, a severe type of epilepsy that affects children in infancy. Typically, the seizures are triggered by hot temperatures or a fever, and there is a significant chance of becoming fatal if the seizures last too long or occur too often.

By performing this research, the researchers established the first pediatric study for the impact that THC and CBD could make on children with this frightening disease. During the trial, which included 19 children, the patients took medication for 20 weeks. By the end of the study, the quality of life of the participants had greatly improved, with a reduction of 70% in the occurrence of seizures.

Another study in August was developed to help children in Tel Aviv with Complex Motor Disorder, performed by the Tel Aviv University School of Medicine. This disorder shows itself through spastic movements, insomnia, pain, repetitive muscle contractions, twisting, and similar symptoms.

The researchers created two CBD oil blends, each one containing different levels of CBD as well, and gave it them to a group of 25 children. Regardless of the THC level in the formula, all of the patients had impressive improvement, though there were some rare negative reactions. Still, the quality of life was greater for all patients involved.

In August as well, another Canadian research team took the time to see the effect that CBD has on the pain associated with skin wounds. Left untreated, sufferers are at risk for excessive pain, infection, and worse, even with something as simple to treat as an abrasion. This particular study involved patients that often treat their pain with opioids, but the research showed that the users had less pain after the study ended. They also used less opioids to manage their discomfort.

Dr. Esther Blessing and a team of researchers from the New York University School of Medicine and the National Institute of health collaborated in November to see how CBD oil impacted patients with PTSD that abused alcohol. This was considered the first attempt to research such a solution, especially considering the correlation that the researchers placed between the two issues.

Presently, the study is ongoing and in the early stages. However, there are indications that this study could lead to a clinical trial later in this year or the next.

The CannTrust company in Canada presently has a study in effect that examines amyotrophic lateral sclerosis, which is more commonly known as Lou Gehrig’s Disease. It weakens bodily functions and essentially kills motor neurons. In a collaboration with Gold Coast University, the team has chosen to create CBD oil preparations to see the effect it has on these sufferers. Considering that there is no clue, simply improving the quality of life with CBD would make a substantial difference.

If nothing else, the last year has shown one similar result in nearly all of these studies and research methods – quality of life improves with the use of CBD oil, and even with the introduction of THC oil as well, regardless of age. While some of the studies are still in progress, hopefully, the positive results will encourage further research to be done.

Arizona Supreme Court to Rule on Whether or Not if Hashish is Medical Marijuana?