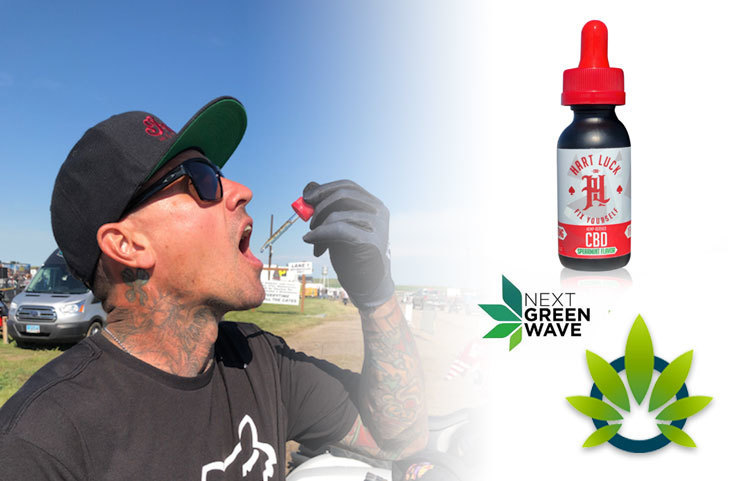 The duo has decided to join forces so that Hart can launch his respective CBD line, which he will be calling after his social media accounts, “HartLuck”. According to Hart, the decision to enter said market stems from his belief in holistic medicine and the hurdles he’s overcome in relation to his health. Specifically speaking, he said:

“Born from the need to repair after race day or a rough practice at the track […] I truly believe in holistic forms of pain management and recovery.”

He further disclosed that choosing Green Wave Holdings stems from the duo’s shared belief in focusing on product quality, where “cutting corners” is never an option for them. The extent to which this partnership goes to safeguard quality has been reflected in Carey’s continued involvement in sharing his experiences “after years of hard falls and broken bones.”

CMO of Green Wave Holdings, Ryan Lange expressed excitement in this endeavor with Hart, underlining that their “mission is to build a loyal and fiercely protective family of brands and products that will be used by humans for the next 200 years.”

HartLuck is expected to feature a number of CBD-infusions including tinctures, salves, and gel capsules, all of which are currently offered in California at https://wearesdc.com/careyhart/.