Mayor of Massachusetts Gets Charged for Taking Cannabis Business Bribes Worth $100,000s
Advertisement 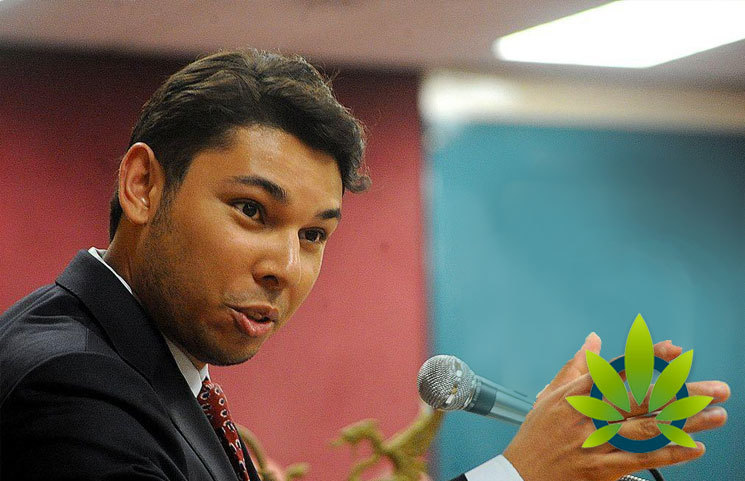 In Massachusetts, Fall River mayor Jasiel Correia II was recently arrested, due to federal extortion charges. The police allege that he has been in charge of an operation to help marijuana vendors to get the approval they need to run in the state, but by paying the mayor hundreds of thousands of dollars i.e. bribery.

According to the prosecutors, Correia’s deals involved being given six-figure payments from the four marijuana vendors that were looking to open businesses, giving them non-opposition letters in return. The letters are necessary for securing a license for operating a business in Massachusetts.

On Friday afternoon, the mayor appeared in the Boston federal court, pleading not guilty. So far, attorney Kevin Reddington, who is representing Correia, has not been reachable for comment.

Along with the allegations of extortion in the marijuana industry, Correia has also been accused of extorting $3,900 in cash and a $7,500-to-$12,000 “Batman” Rolex watch from a building owner. The trade was made in exchange for the reactivation of his water supply for his building. Despite all of these allegations already, federal prosecutors claim that the mayor has even demanded that his chief of staff pay half of her salary in exchange for her appointment and for continuing to work in her city job.

Former chief of staff, Genoveva Andrade, as well as three others, were charged with federal crimes, according to USA Today. Andrade is accused of federal extortion, false statement charges, and theft and bribery, all in connection with the mayor’s scheme. The other three individuals – David Hebert, Hildegar Camara, and Antonio Costa – have all been charged individually with extortion conspiracy, extortion, and false statements. The latter charge was due to alleged lies that they reported to federal agents, regarding their involvement with the scheme.

Though Correia has only been the city’s mayor since 2015 at age 23, this is the second time in less than a year that he was actually been indicted. In October last year, he was charged with defrauding investors of an app company that he owns, taking 64% of the payments that the investors made for his personal use, primarily for his political career and “lavish lifestyle.” Much like this case, Correia has pled not guilty.

In total, the mayor is facing 24 charges overall, with 13 from the arrest last year, and then the 11 new charges this year. Those 11 charges include filing false tax returns, wire fraud, extortion conspiracy, bribery, extortion aiding and abetting. The maximum sentence for extortion aiding and abetting, extortion conspiracy, and wire fraud is 20 years in prison each. Filing fax tax returns comes with a three-year maximum sentence, and bribery can lead to up to 10 years in prison.

Even with all of these troubles, Correia managed to survive efforts to pull him from office in the spring this year. While voters recalled him, he ended up being elected the same night, beating out the other four candidates. In November, he will run for a third term, though there’s no details on whether these charges will impact his decision.

Massachusetts originally legalized recreational use of marijuana in 2018, though medicinal use has been legal since 2013. Correia has already issued at least 14 non-opposition letters for the businesses that want to run in Fall River since he took office. The prosecutors state that Correia issued two of those letters for the brother of his girlfriend, and that it only took a few months before the mayor started “monetizing his official position.”

In this new scheme, two vendors agreed to pay $250,000 to Correia for his signature. A third vendor agreed on a $150,000 payment, and a fourth individual decided on $100,000. Of those vendors added that they would be giving one of the mayor’s associates profits from the sales that they secure in the future. This money, according to another agreement, was meant to be paid to Correia in cash, a mortgage discharge, and campaign contributions. However, other vendors were told by Correia that they would be receiving the last non-opposition letters that he would sign.

Prosecutors added that marijuana was exchanged for resale in these arrangements as well, stating that between 12 and 15 pounds of pot were given to Correia via middleman, as well as payment on a $150,000 bribe.

Though an ordinance was brought to the City Council that would stop more than 11 recreational marijuana licenses from being approved, Correia chose to veto is. At the time, he stated that he wasn’t going to suppress competition, adding, “I’m not saying it’s an ethics violation, but it is definitely a conflict of interest.” Speaking with The Herald News, he added, “I don’t think he should make a decision with a conflict of interest.”

GrowLife Enters $2.5 Million Deal Allowing Them to Include CBD-Rich Hemp Clones as Offerings