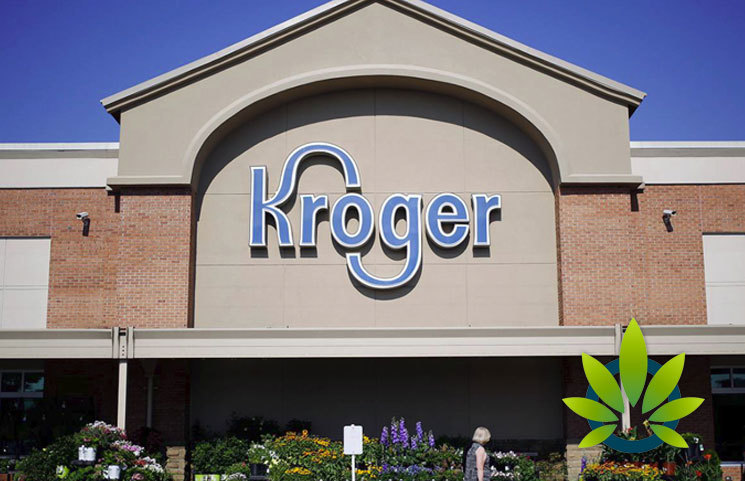 Kroger is a Cincinnati-based American grocery retailer with stores in both the Midwest and Southern parts of the United States. According to the Detroit Daily News, Kroger is about to make a big move, which is to sell CBD-based lotions, oils, balms, and creams in stores located in 17 states.

Although the store will be offering CBD-based products, none of them will have CBD content, according to Rachel Hurt, the retailers corporate affairs manager for the Kroger division in Michigan, who commented in the Detroit News article. The price of the products will also vary, with some prices being as low as $3.99, and others being as high as $59.99. There is no indication as to which CBD brands the store will be stocks on its shelves.

Hurst also added in a statement concerning the products that,

“CBD is a naturally-occurring and non-intoxicating compound that has promising benefits and is permitted within federal and state regulations.”

Like many retailers, Kroger is also selling only topic products, instead of dietary supplements and food additives that contain CBD. The latter category of products are still questionable due to CBD regulations. And, Kroger is not the only store that has made such a decision to sell CBD-based topicals. GNC Holdings reported in April that it would start selling CBD products and its focus are roll-ons and sports creams.

The Michigan Department of Agriculture and Rural Department takes the position that FDA regulation does not permit CBD in food, drink, and animal feed. Jennifer Holton reported to the Detroit News that “Once you’re taking the oil and putting it into something, it makes it a food or feed additives. That’s not allowed at this point.” Apparently, this hasn’t stopped other retailers in the state from selling products infused with CBD.