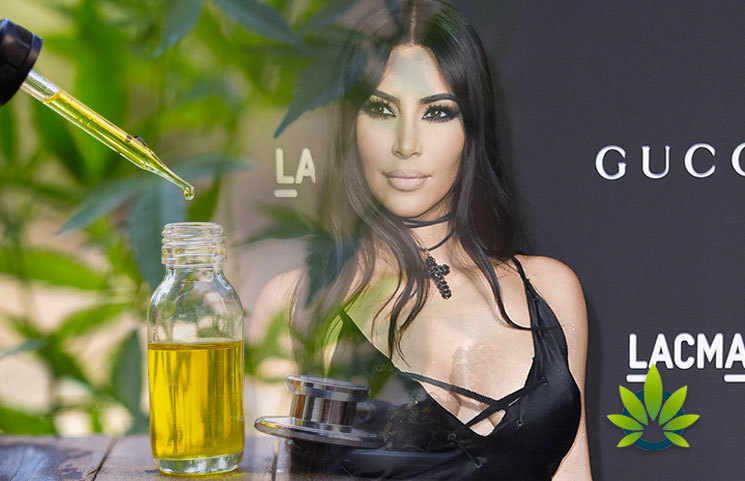 The life of a reality star/mom is constantly busy, especially for a woman like Kim Kardashian West. Between filming her show Keeping Up with the Kardashians, studying for the bar exam, and raising four kids under age 7, it’s hard to get a moment to herself. However, according to a report in People, the mom uses the small moment to herself to relax with CBD.

The founder of SKIMS Solutionwear recently sat down with People, saying, “How do I do it all? It is exhausting. I just say CBD. [laughs] But I do.”

CBD is found in the cannabis plant but, unlike THC, it doesn’t create an intoxicating or psychoactive reaction. Kardashian West stated that she is open to using plenty of different types of CBD, though she clarified that she is “not a weed smoker at all.”

While marijuana may not be her “thing,” she decided to embark on a CBD routine a few months ago, adding that it “saved [her] life.” She continued, “I like the gummies. I will just use a little bit and fall asleep. I don’t think I would take a Xanax or an Ambien again.”

Through the last few years, CBD has become somewhat of a magic solution for the public, touted as a way to soothe nearly every condition that could arise, from anxiety to depression, from acne to inflammation. There are some researchers that believe that the substance could help with opioid addiction, and the FDA has already approved a CBD medication for the treatment of epilepsy.

Still, for any individual that decides to engage in a CBD regimen, it is necessary to notify a doctor. Dr. Kevin Hill, an addiction psychiatrist and Director of the Division of Addiction Psychiatry for the Beth Israel Deaconess Medical Center, spoke with people about the use of CBD. Dr. Hill explained, “It’s better to do it under some supervision than none.” He added that CBD is promising, but said, “If you are taking CBD and are on five other medications, I need to know that.”