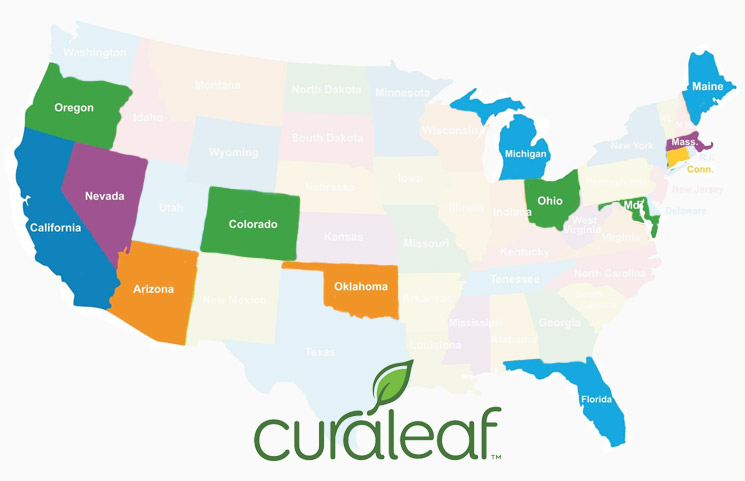 Curaleaf just announced the company would be expanding its Select Nano Gummies, and Select Elite into four new states. This expansion was announced this last Monday and will take place until August. The four new marketed states include Ohio, Massachusetts, Florida, and Maine markets, and as soon as completed, Select products will be sold in 13 other states.

The plan for acquiring Select Cure Partners Inc. was introduced by Curaleaf in May 2019, the cost of almost $1 billion. The deal was closed in February of this year, and Curaleaf paid just under $400 million because there were severe declines in cannabis industry stocks, declines that led to cannabis companies’ valuations to drop. Back in 2018, Cura was the most significant cannabis business in Oregon and recorded sales of $118 million.

Curaleaf Did Very Well in the Current Market

Curaleaf’s president, Joe Bayern, said his company had a “tremendously good performance” in the current market. Select products include Select Nano Gummies and Select Elite. They will be launched on July 1st in Massachusetts, together with the other Nano Elite Gummies by Curaleaf. The products will be available only at the company’s dispensaries. From late July, Select Elite oil and the Nano Gummies will come to medical dispensaries in Maine, whereas Ohio and Florida will have them by mid-August. At the moment, the Select line of products is available in California, Oregon, Nevada, Colorado, Arizona, Maryland, Michigan, Connecticut, and Oklahoma.

Deal with Grassroots in the Works

Curaleaf has also closed a deal to acquire Grassroots. This will have the company present in 23 states instead of 18. Furthermore, Curaleaf will have more than 135 licenses for dispensaries, 88 dispensaries and fully operational, over 30 facilities for processing cannabis, and 22 cultivation sites on 1.6 million square feet of land.