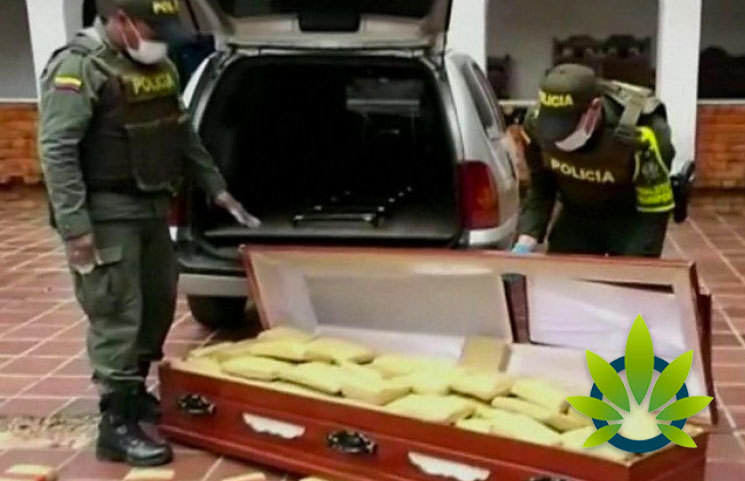 Though cannabis legalization laws are being implemented around the world, the underground market appears to be alive and kicking. People who don’t want to visit the dispensary or simply cannot in their region turn to these underground methods, usually as a result of smuggling. In Colombia today, the BBC reports that local police were part of a seizure of 330kg (660lbs) or cannabis, which was hidden in a coffin.

Fabian Ospina, the regional police commander, stated that the authorities ultimately included two coffins, which were being transported via hearse. At this point, the drive of the vehicle has been detained, but no other information appears to be available on the state of the case. The video of one of the coffins, alongside the cannabis that was taken, can be viewed at http://www.bbc.com/news/av/embed/p07ls88m/49491518

While it’s uncertain what kind of end this marijuana will meet, over half of the 2019 hemp crop in Hawaii will be destroyed. According to reports from Hemp Industry Daily, elevated THC levels were reported in these crops, which appear to be due to the lack of cultivars that are suited to the tropical climate of the island.

The authorities ultimately destroyed a total of 18 crops, though four additional hemp crops were granted waivers in this case, as their THC levels were close to 0.3% THC. State agriculture officials believe that the island will see many challenges in creating their own hemp crops, while authorities predict around four hemp crops yearly. However, the hemp cultivars being used by farmers come from Canada and thee European Union, which have much longer summer days and much cooler evenings.