CBD Oil Distribution Center Gets Raided in Oakland Park, Florida Putting Them Out of Business
Advertisement 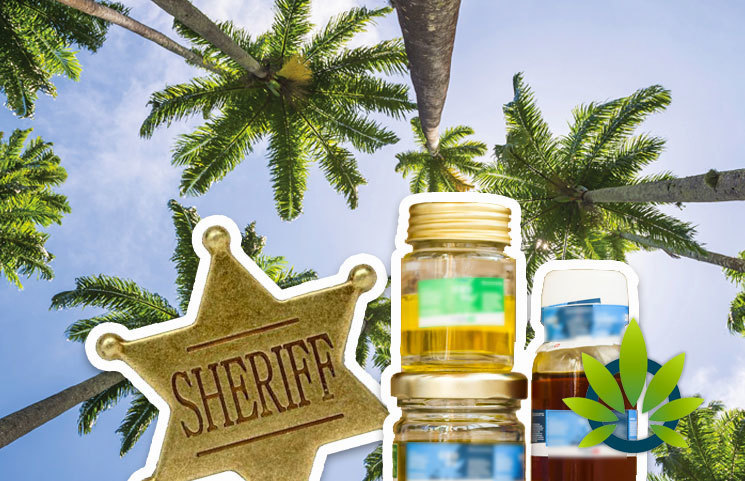 Paul Roger, who owns the distribution center and E-Z Puff Vapor, reported to the news agency that all of his products he had in barrels in the center and in bins were vacuum sealed. And that the CBD products at his business have little to no THC, the chemical that is responsible for causing a euphoric feeling akin to a high.

Based on the raid that took place on Tuesday night and that was conducted by the Broward Sheriff’s Office, it seems that there may have been an outstanding issue. According to the news report, deputies raided the facility and confiscated about 600 pounds of cannabis flower. The flower is meant to mimic the real thing, except for the presence of THC. Roger reported that deputies came into the warehouse and seized all of the CBD flower.

Roger also reported that he had all of the proper paperwork to support his claims, and that he is a merchant with a proper merchant. The business has been impacted by the raid – it had to temporarily go out of business.

According to the news article, although hemp CBD is legal under federal law, state law mandates otherwise. Attorney Matthew Ginder, who does not represent the business, commented in the article, stating

“The CBD industry has moved at a pace faster than the laws reflect.”

Ginder added that a hemp bill was passed earlier this month by the Florida Legislature. The bill, which has not been signed by the mayor yet, is meant to provide clarity. He added,

“It's gonna take some time for law enforcement to understand what is legal and what is illegal under state law and how these products are regulated, so there is a learning curve for everybody.”

Hemp has under 0.3% THC on a dry weight basis, unlike marijuana. Marijuana is illegal under federal law and is classified as a Schedule I substance.