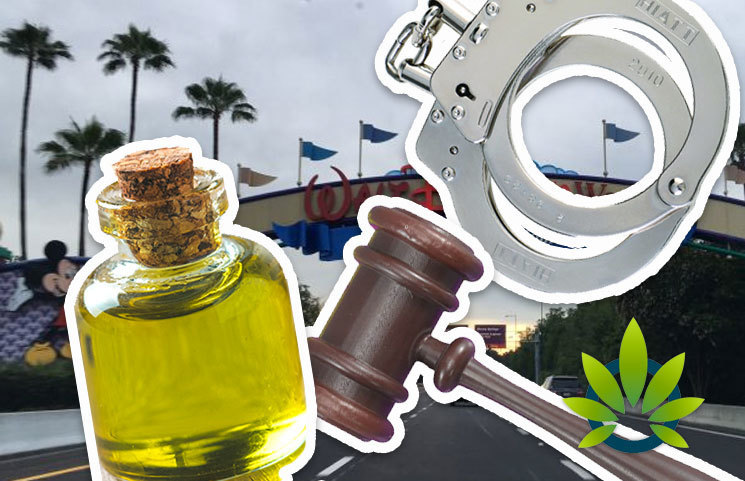 Prosecutors recently dropped a case against Hester Burkhalter, a 69-year-old North Carolina Grandmother who was arrested in April over hemp-derived CBD oil recommended by her doctor.

Burkhalter had a press conference on Tuesday flanked by her attorneys and family, and announced her intention to sue the Orange County Florida Sherriff who had arrested her, and Disney. Burkhalter’s lawyers are Jennifer Cinnamon, Michelle Rainer, and Ben Crump.

Crump told the media that the lawsuit was about the harsh treatment the law-abiding and church-going grandmother was subjected to.

Crump also specified that the lawsuit is on the grounds of false imprisonment, legal detainment, character defamation, violation of rights, and intentional infliction of emotional stress.

After the 2018 farm bill was passed, hemp and its derivatives like CBD were eliminated from the list of controlled substances. The FDA has not released regulations on how CBD products that are hemp derived will be treated though. This has led to a huge confusion to the police department.

Crump went on to say that Burkhalter had hemp-derived CBD in her possession and before the conference, he walked into a store in Orlando and bought CBD oil over the counter with no problem. He went on to make a dramatic assertion indicating that people going to Orlando should expect to suffer outrageous conduct and humiliation from Disney employees.

Ben Crump said that the employees detained the grandmother for more than two hours and humiliated her with handcuffs in the presence of her children. She spent 12 hours in jail from there.

Michelle Rainer, another of Burkhalter’s attorneys, complained of the probable cause affidavit that police had filled for Hester Burkhalter. She indicated that she has never heard of a standard operating procedure that could permit the Disney off-duty police officer to work in the manner he did when executing the arrest. Michelle Rainer also noted that the field tests and Florida’s law enforcement cannot correctly discriminate between THC and hemp derivatives. The only way to know the difference between CBD and hemp is through a lab test.

Rainer also said that it’s interesting how Disney has not commented on the situation yet, and how the Sheriff is now saying that the arrest was legal, but admitting that the police should not have done it in that manner.

Crump added to this saying that the state attorney dropped charges against Burkhalter because they felt that her arrest was not appropriate.

Cinnamon was the lead defense attorney and like her peers, she echoed that everything looked strange right off the bat, prior to even meeting Burkhalter. She added that she was very thankful for being able to get charges against Burkhalter dropped, and applauded her fellow attorneys who will help Burkhalter find justice.

How Hester Burkhalter Got Arrested

After taking the microphone, Hester Burkhalter said that her family had planned the Disney trip for a number of years and postponed it since her husband had three heart attacks in the past one and a half years. The husband had been in hospital one month before the trip.

Burkhalter said that the first day was all smooth. With her family, they visited Hollywood studios and the Animal kingdom. She handled the security checkpoint putting her purse on the table, just like she did the previous day. But that day, more people came and went through the purse. After a while, an off-duty officer was called over and she was handcuffed.

Since Burkhalter believed that she had some form of incident owing to the situation’s stress, she told the officer that she could not ride in the backseat and requested an ambulance.

The officer denied this request. Burkhalter stood next to the car and started vomiting, after which they allowed her to ride on the front seat.

Hester Burkhalter said that it is important for Disney to train their employees on CBD policies and closed by noting that Disney has been silent on this matter.

When a reporter asked whether there is anything the country and Disney could do to prevent the lawsuit from going on, Hester Burkhalter’s lawyer said that Disney should sit with the family and repair the harm caused.

As of now, the sheriff has apparently instituted a new policy that requires officers to make a call to their legal department prior to making CBD- related arrests.

CBD Oil Distribution Center Gets Raided in Oakland Park, Florida Putting Them Out of Business