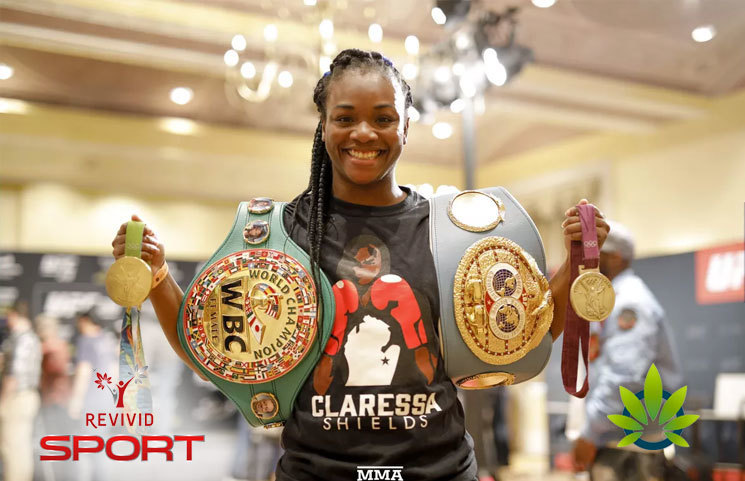 Revivid Sport has announced it's partnership with UFC champion Amanda Nunes. Revivid is a leading company in the cannabis industry that offers sports CBD oils. Nunes, who also doubles up as a Mixed Martial Artist, became the first two-division Champion holding two titles back-to-back in the Ultimate Fighting Championship. She broke Ronda Rousey’s record to become the best pound-for-pound woman fighter in the entire world.

The world-star began her career professionally in 2008 at the age of 20 years. The Brazilian MMA starlet settled in the United States in 2011 and began competing in the UFC in 2013. She is now dominating the women’s Bantamweight 135 ponds and the women’s Featherweight 145 ponds.

Nunes holds an unbeaten world record of 18 wins, and only four loses. At UFC alone, she has had 11 wins with only a single loss. She will be defending her Women’s Bantamweight Championship title at UFC 245 in Las Vegas on December 14, 2019.

“After I tried Revivid’s CBD-infused sports products, I was stunned by the results. I am happy and excited to be part of a highly trusted brand like Revivid that is committed to improving the wellness and lifestyle of its customers,” noted Amanda Nune.

According to Harold Robinson, Revivid Sport’s VP, athletes really need these CBD products to ensure that they remain strong after every fight. He said his company takes pride in being part of Nune’s edge.

“Revivid has been supporting athletes in the United States and became the first CBD firm to support Mixed Martial Art athletes. The company will continue working with the top athletes in the sports industry.” Noted Robinson.

Revivid Sport is planning to launch a new brand called Revivid Sport Elite that will offer sport CBD products that will meet the needs and demands of all athletes in the sports industry. This plan has been informed and advised by the brand ambassador Amanda Nune together with other athletes such as Beatriz Mesquita and MMA Chris Camozzi.