CBD and Noncompliance: The Dangers of Shopping for CBD Oils Online
Advertisement 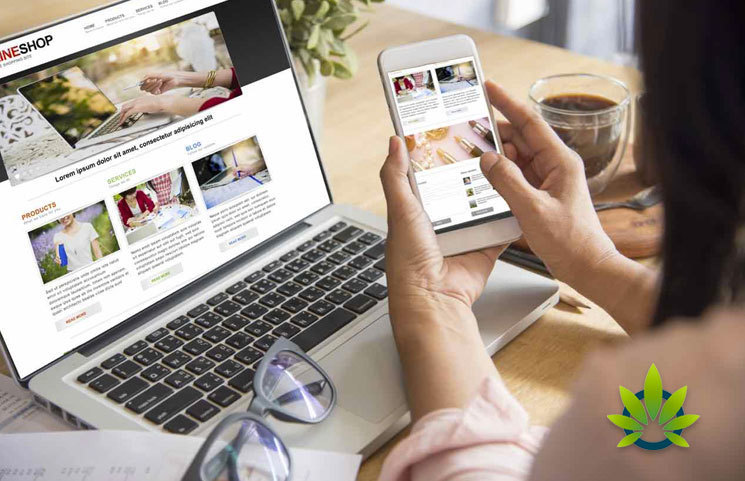 LegitScript recently performed a study that examined the compliance of 300 online CBD merchants. Just under half of the merchants falsely claimed unproven medical benefits with the use of their remedies.

Regardless of the newly legal status of CBD in the last year, the hardest part of purchasing these products is finding the right remedies online. Recently, BNN Bloomberg reported on a recent study performed by LegitScript, which involved research on 300 online CBD merchants. In their study, 98% of the companies were found to be noncompliant with at least one of the categories reviewed. In fact, multiple products made untrue claims and one brand involved lead at such a level that it is considered toxic.

“We thought we would see some problems but the notion that 49 out of 50 of these online sellers are not compliant is really troubling. It’s very much caveat emptor right now.”

CBD can be found in the cannabis plant, but it is not intoxicating in the way that THC is. Hemp-derived CBD is presently legal, thanks to the passing of the 2018 Farm Bill. As the supporters discuss the way that CBD can help with pain and insomnia, the popularity of CBD has risen. Presently, around 13,000 merchants already sell CBD online, giving many options for consumers.

Unfortunately, there are many of these companies that are selling their CBD in products that are presently illegal, selling in areas in which it is banned, or even making claims that their remedies can do things that haven’t been proven. Of the 300 websites that LegitScript examined, approximately 45% of those companies had claims of treating severe illness with CBD, including cancer, clinical depression, and Alzheimer’s. Some of the formulates that were researched had a drastic difference in the amount of CBD that it claimed, both above and below what the label stated.

According to BNN Bloomberg, one of the “most concerning” issues is that one bottle had over 18 times the amount of lead allowed in the state of California, despite being an ingestible formula.

“It had so much lead in it that it’s roughly on par with Flint, Michigan drinking water. People have assigned blind faith in CBD and they say, ‘I’m taking this daily and it’s great!’ Well, if you’re taking this product on a daily basis, your health is really at risk.”

If nothing else, this study provides a perspective on the CBD industry, especially the online marketplace as more providers like Square Inc. and Shopify Inc. get involved. Horton is hoping that this study will be helpful to pushing the Food and Drug Administration to establish clarity on the regulation of the CBD marketplace.

“When you get up to a certain percentage of non-compliance in any market, consumers lose trust and the entire market falls apart.”

Luckily, while this problem is huge, it isn’t something that cannot be corrected at this point.