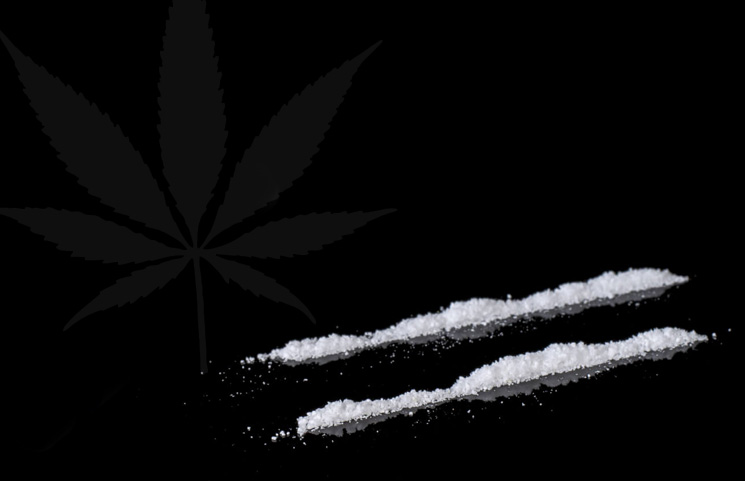 New research has found that CBD can decrease users' desire to use cocaine. Also, CBD protects its users from longer-term adverse side effects of chronic uses of cocaine.

The study, known as ‘Evaluation of the potential use of cannabidiol in the treatment of cocaine use disorder: A systematic review,' which was a longer meta-review, found the those using CBD were more likely to kick the habit of using crack or cocaine. You can check out the study here.

What gives this study considerably more weight is the fact that it was a meta-review, which included dozens of separate animal research studies. In total, it consisted of 14 clinical studies, numerous databases across the United States, over five years. All of these culminated in the end conclusion that CBD does have some vital medical benefits for addiction.

In a number of these studies, some of the methods included allowing animals to self administer pre-screened doses of cocaine. One of the critical findings for these studies was the animals gradually became dependent on cocaine. Often, this resulted in them going to extensive lengths to find more. Once this behavior became routine, researchers started to administer doses of CBD to test its effect relative to the animal's interest in cocaine.

In one such study, researchers in 2018 found that mice administered with 20mg of CBD daily resulted in them consuming less cocaine after ten days of use. A further study in 2019 showed that mice administered with 20mg/kg of CBD before a trial were far less likely to self-administer cocaine than those that didn't. Any doses below this volume, however, prove ineffective at reducing the self-administration of cocaine.

The parameters for the effectiveness of CBD does appear to be between 10-20mg/kg, according to other studies later on. One such study found that animals provided with these doses demonstrated a “significantly increased self-stimulation threshold, suggesting a reduction in the brain-stimulation reward.” Moving from mice to rats, and CBD application has proven to dramatically reduce levels of anxiety in them when they've self-administered cocaine.

According to the meta-study authors:

“CBD promotes a reduction in cocaine self-administration. Also, it interferes with [cocaine-induced] brain reward stimulation and dopamine release. CBD promotes alteration in contextual memory associated with cocaine and in the neuroadaptations, hepatotoxicity, and seizures induced by cocaine.”

These studies all found that treatment with CBD reduced the desire of animals to self administer doses of cocaine. All the while, it also decreased general feelings of anxiety and detrimental side-effects associated with the chronic use of cocaine. There are plenty of positive effects on administering CBD, according to the researchers. This included reductions in the rate of seizures and liver toxicity, which are commonplace with chronic cocaine users. CBD also prevents any degeneration of brain function from animals that regularly used cocaine over their research.

The authors behind this meta-research concluded the following from their studies:

“The evidence indicates that CBD is a promising adjunct therapy for cocaine dependence treatment due to its effect on cocaine reward effects, cocaine consumption, behavioral responses, anxiety, neuronal proliferation, hepatic protection, and safety… Moreover, clinical trials are strongly required to determine whether animal models' findings occur in humans diagnosed for cocaine or crack cocaine use disorder.”

While these studies are a revelation for those interested in CBD's medicinal potential, tests on mice and rats are not wholly guarantees of their efficacy on humans. As a result, researchers will need double-blind trials and other clinical research trials performed on human test subjects to ascertain CBD's effectiveness. Even so, this meta-study is a game-changer. Thus far, there has been little in the way of human clinical trials, but if this study found the correlation, it could pave the way for more.

CBD Studies for Boosting Mood, Relieving Stress and Anxiety Are Adding Up