Canadian Cannabis Comes with Risks, According to Chinese Consulate
Advertisement 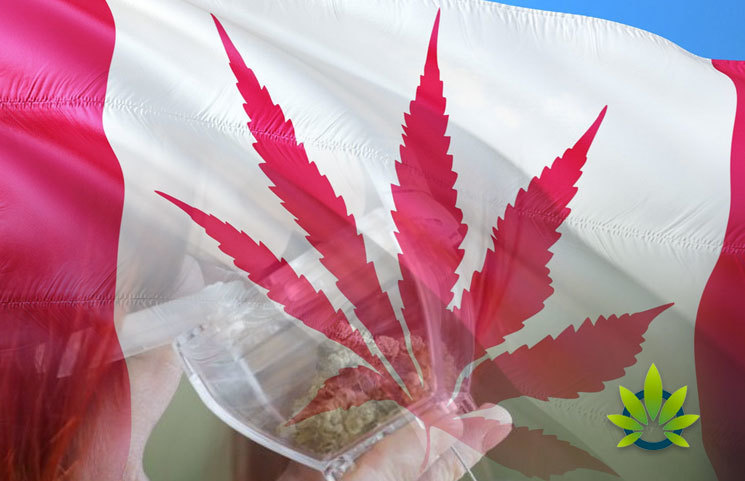 Chinese citizens can legally consume marijuana in countries where the substance is legal but cannot return home and do the same. In South Korea, using cannabis outside the country will lead to legal action when the citizen returns.

Canada made history with its legalization of recreational marijuana, but it has continued to made progress. Presently, the country is preparing for another phase of legalization, allowing edibles, extracts, and concentrates to enter the market. However, while Canada is gearing up for these developments, China is warning its citizens about the dangers that marijuana can have.

Based on a recent South China Morning Post article, the Chinese consulate in Calgary stated that people need to “fully understand the harmfulness of cannabis products.” The statements were followed by the threat of punishment if any citizen was found to be smuggling the substance into the country. However, citizens are allowed to use legal products while in Canada without fear of punishment. South Korea, however, stated that they will be taking legal action against any of their own citizens for doing the same, but not until they re-enter the country.

Earlier this summer, China had stated that the legalization efforts of Canada were a “new threat” to the country, according to CNN. Liu Yuejin, the deputy director of the China National Narcotics Control Commission (CNNCC), stated during a press conference in June this year that there was a 25% rise in Chinese cannabis use since last year. With this rise of new users, citizens are working to smuggle the substance into China. Interestingly enough, China is the home to over half of the cannabis crops in the world, even though the majority of these crops are hemp. Hemp unfortunately doesn’t get consumers “high.”

Last year, border guards in China intercepted 115 packages with 55 kilograms of cannabis inside, according to Liu. The packages were sent through international post, and authorities state that the smugglers were Chinese students that were enticed into this illicit activity while overseas.

Most of the charges for cannabis-related crimes in the country have fines or jail time that citizens are subjected to, serious punishment is always a possibility. For instance, possession of over 50 grams (1.76 ounces) can be sentenced to death. The legal amount that consumers can walk around with in Canada is over half of this amount and would only actually cost about $500 to purchase.

Along with cannabis, fentanyl is creating a major debacle between Canada and China. This potent synthetic opioid is responsible for 25% of American overdose deaths, according to numbers from 2018. This type of drug use is already deemed the cause of death for tens of thousands of Americans and thousands of Canadians. China is actually the largest fentanyl supplier for North America, which took lot of time before it even scheduled and started controlling the substance.

Advisory to Airpersons Against using CBD Oil by Air Force