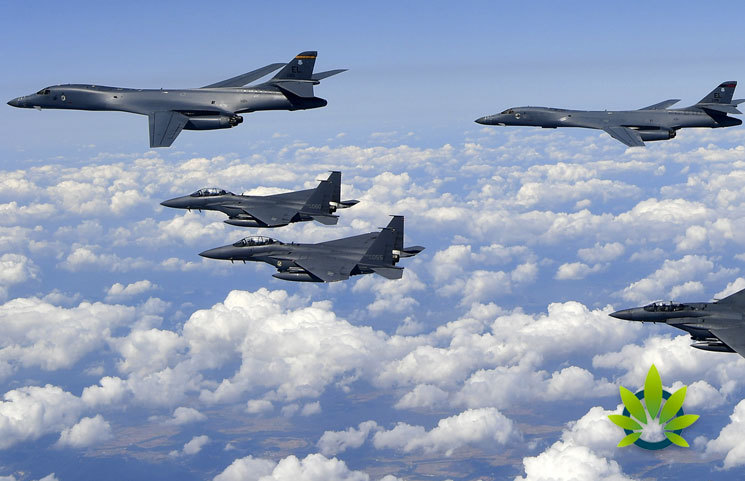 The Air Force issued a press release this week informing air men and women against using CBD oil. The release indicates that the products may contain THC and can cause a positive test during a urinalysis for the presence of marijuana. It further indicates that consumption of marijuana is illegal under federal law and Air Force Instruction 90-507, titled Military Drug Demand Reduction Program.

Major Jason Gammons, a spokesperson for the Air Force Office of the Judge Advocate General, shared in the press release that it is important for both civilian and uniformed airmen to understand the risks associated with the products and how it can impact their career. Further, products that contain unregulated levels of THC can cause a positive drug test that results in the same disciplinary action as if members had consumed marijuana.

Gammons further added that it is important that members consider the levels of uncertainty related to the products, and members should be armed with the facts so that they can make informed decisions that do not inadvertently jeopardize their career.

The Navy issued a similar warning about hemp and CBD products in August. According to FedSmith, the Navy warned both marines and sailors that the use of hemp and cannabidiol are prohibited under its policies, and  also possible to test positive for THC on urinalysis when one uses a CBD or hemp product. Further, it can be impossible to verify where a CBD hemp product was manufactured and the level of THC that it contains. Over time, it is also possible for THC levels to accumulate in the body, and for a urinalysis test to detect the THC.

The bottom line is that whether one is in the navy, marines, or in the air force, there are warnings against the use of THC and hemp.

Canadian Cannabis Comes with Risks, According to Chinese Consulate