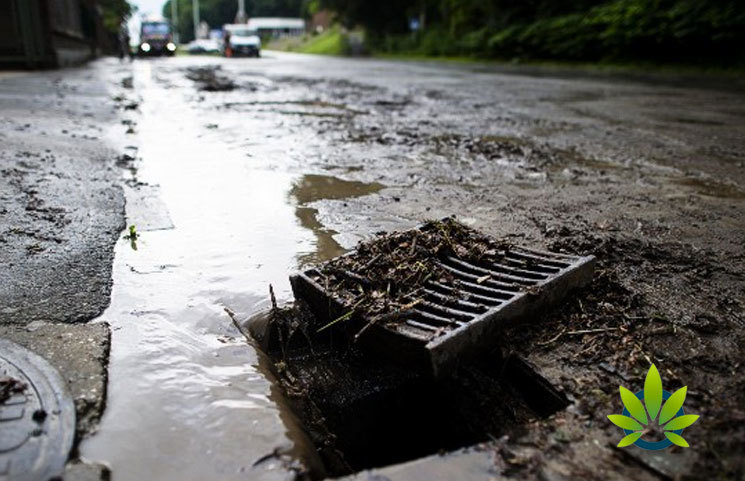 Canada has implemented a study to test wastewater for drugs and the pilot test results are available through Statistics Canada.

According to the report, a pilot program was implemented that covered 14 wastewater treatment plants located in five urban cities around the country. The plants served 8.4 million people. Researchers took wastewater samples, which were then analyzed by McGill University. The University analyzed the wastewater for concentrations of several drugs, including cannabis.

The purpose of the pilot test was to

“Gain understanding of the operational and technical challenges involved in using municipal wastewater as an anonymous data source for societal use of specified drugs, and to collect samples of wastewater in a few cities in order to establish a reference point for cannabis before legalization.”

After discussing the limitations of the pilot study, the report identifies the results for cannabis. The results found, in part, “When cannabis is consumed (whether by smoking, eating, applying to skin, etc.), the body converts the main psychoactive compound, tetrahydrocannabinol (THC), into a variety of related non‑psychoactive compounds, the most common and stable of which is 11‑nor‑9‑carboxy‑THC (THC‑COOH). Less than 1% of the mass of cannabis consumed is ultimately excreted as THC‑COOH into the wastewater. Since THC‑COOH is only created in the body after cannabis consumption, THC‑COOH in the wastewater indicates cannabis consumption within the service area. The load of THC‑COOH (grams per week) flowing through a sewer system was estimated at the 14 wastewater treatment plants located across the study sites. Chart 1 provides the estimated load per capita (grams per million people per week) by month for all sites combined (covering 8.4 million people).”

Further, the cities with the highest cannabis concentrations were Montreal and Halifax. The report states,

“Montreal and Halifax reported loads 2.5 to 3.8 times higher than Vancouver, Toronto, and Edmonton.” Further, “The average load of THC-COOH found in the wastewater for all sites combined was 450 grams per million people per week, but there were significant differences across the cities.”