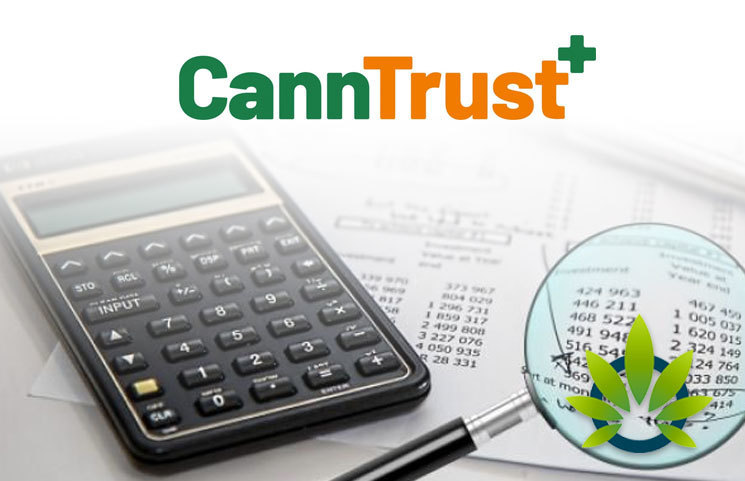 CannaTrust, a Canadian marijuana company, has withdrawn a report on its financial statements for the year of 2018 and for the quarter ending in March, based on an independent auditor’s decision. The company has recently faced issues concerning unlicensed marijuana cultivation. Although Canada legalized adult use of marijuana, marijuana is illegal in the United States and is classified as a Schedule I substance.

KPMG is the independent auditor, who cautioned against the company’s reliance on such financial statements. A press release noted,

“KPMG was not aware of the information recently shared by the Company when it issued the KPMG Reports and had relied upon representations made by individuals who are no longer with the company.”

“We will continue cooperating with our auditor and regulators, and take whatever steps are necessary to restore full trust in the Company’s regulatory compliance. Our medical patients, customers, shareholders and employees deserve nothing less.”

According to a report by MarketWatch, the auditor news has impacted the company’s stocks. The report shows that the stock decreased by 27%, and overall it has decreased 61% in the past three months, and at close was trading at just above the $3.00 mark, as of today.   Furthermore, the ETFMG Alternative Harvest EFT decreased by 16%. With this comes the realization that even after consulting with their financial advisors, Greenhill & Co., they may need to consider selling off their assets.

On August 12, it was reported in a press release that the company’s facility in Vaughan, Canada may be non-compliant with regulations. The non-compliance findings include, but are not limited to, insufficient security controls at the facility, inadequate assurance investigations and controls, and construction of two new areas without private approvals by Health Canada, one of which stored cannabis since November 2018.

Marcovich stated in a press release,

“We are continuing to work hard to regain the trust of Health Canada, our patients, shareholders and partners. We have retained independent consultants who have already started addressing some of the deficiencies noted in Health Canada’s report. We are looking at the root causes of these issues and will take whatever remedial steps are necessary to bring the Company into full regulatory compliance as quickly as possible.”