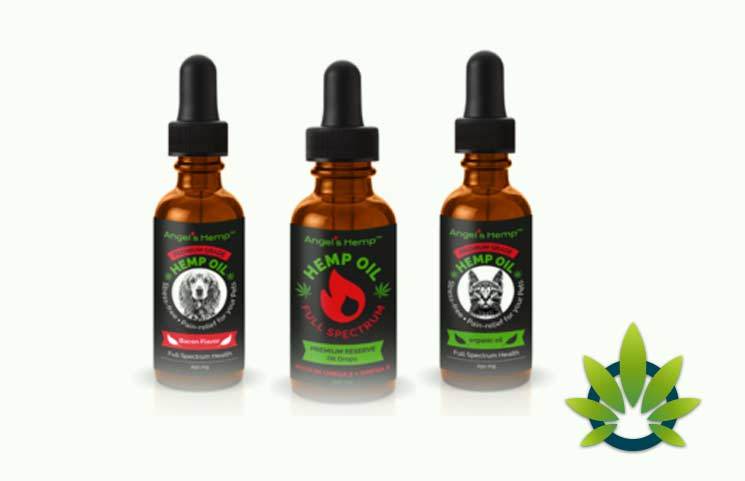 The cannabis sativa plant has become the most discussed topic in today’s society. No, not because of its ties with marijuana, but rather its ties with hemp and its cannabinoids like cannabidiol (CBD), cannabichromene (CBC), cannabinol (CBN) and cannabigerol (CBG) to name the least. The health benefits of the four combined are believed to have opened eyes to the point where even health practitioners have been compelled by nature to study them.

In order to fully benefit from said cannabinoids, one must treat them as a lifestyle and this is what Angel’s Hemp has been founded on. Angel’s Hemp claims to deliver essentials straight from the farm that ultimately touches and brings relief to one’s “heart, body and mind”. To see how this is being achieved, a complete analysis of the brand will be provided right down below.

What is Angel’s Hemp?

Angel’s Hemp is a brand that proclaims itself as housing organic scientists with passion and admiration for CBD. Some of the issues they appear to bring solutions to include joint pain and inflammation, muscle pain and soreness, natural skincare, anxiety, sleep, and one’s overall mood.

Amazingly, their approach towards creating CBD products doesn’t simply rest in bringing solutions, but also rests in helping local farmers strive, giving back as much as they can to the community and ultimately, serving as a gateway to achieving the fulfillment of health requirements.

How Successful was Angel’s Hemp in Bringing Diverse Infusions?

Angel’s Hemp was successful in bringing cannabinoids infusions for both pets (i.e. dogs and cats) and humans. Here’s a quick look at what is anticipated of Angel’s Hemp:

The Hemp CBD Oil is believed to effective in treating pain, anxiety and the aforementioned concerns earlier, which suggests it to being a full body solution. Some of the ingredients that went into making the oil include Hemp Oil Extract, pure CBD, coconut oil and natural vanilla flavoring.

It is the only product offered with a maximum strength of 1500mg for a total of 30ml. Given its serving size of 1ml, consumers will be ingesting as much as 50mg of CBD. Although recommendations are provided, it is always best to test a little at a time, as statements indicating “stronger, the better” are myths! In fact, many specialists within the field believe increasing the strength might become ineffective after some point.

The Hemp CBD Oil for dogs was created out of necessity and having a full understanding of the endocannabinoid system in both humans and pets. Considering the fact that pets are more sensitive to their surroundings, CBD can surely be helpful. Similar to that of humans, the administration of CBD can potentially fight off tiredness, muscle and joint pain, anxiety and separation anxiety, and different symptoms associated with sleep-related illnesses.

The strength witnessed in said essential is 10mg of CBD per serving. This is clever and goes to show the value Angel’s Hemp has in relation to pet health, as the latter is typically associated with a delicate system and too much can definitely bring side effects. As for the Hemp CBD Oil for Cats, it doesn’t differ from that of the dogs.

Finally, monthly subscriptions are ways for consumers to save some money while benefiting the perks of CBD. With Angel Hemp, a select number of essentials are provided on a monthly basis, all of which are said to be delivered to one’s door.

For instance, if pet owners decide to sign up for pet essentials, then they are guaranteed to receive 4 30ml bottles of oil for $175 on a monthly basis, compared to a one-time purchase of $59.95. Likewise, humans too can choose a subscription for $295 monthly, which is equivalent to 4 30ml bottles. This is definitely far more inexpensive compared to purchasing one for nearly half the subscription cost.

Based on the analysis above, it is clear that Angel’s Hemp is still in its infant stages when it comes to the diversity of their product lines. Nonetheless, they’ve kept two different target markets in mind, which is fairly considerate. Also, the strengths considered are fairly high, which implies that consumers have access to said essentials over a period of time (depending on their tolerance).

As for the source of CBD used through Angel’s Hemp essentials, it has been deemed 100% natural, organic and USA-grown. The latter is evident considering that the firm operates in Colorado. However, this doesn’t seem to be the case with the former two. In such cases, when doubt does arise, consumers can personally reach out to the brand themselves in order to verify the claims made.

Finally, what sets Angel’s Hemp apart from the rest is that they are action-takers and not simply talkers. In an effort to help sustain farmers, Angel’s Hemp has set aside 1% of their revenue for organizations such as Farm Aid and Shatterproof. Farm Aid is believed to support local farmers, whereas Shatterproof is a not-for-profit that helps families having a hard time beating opioid addiction. To see what other actions Angel’s Hemp has committed themselves to taking over the long run, check out: https://www.angelshemp.com/