After a CBD vs Chemo Legal Battle, Parents in Florida Lose Custody of Their Three Year Old Child
Advertisement 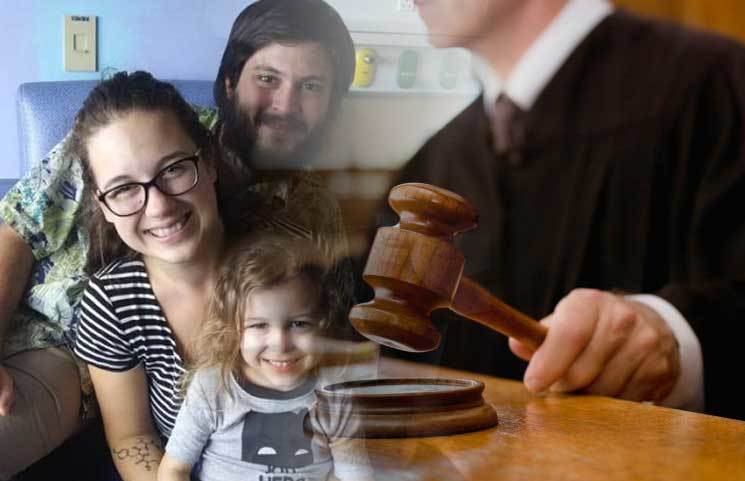 Parents of the three-year-old Noah were at distraught when their son was diagnosed with blood and bone marrow cancer last April. The parents, Taylor Bland-Ball and Joshua McAdams, were advised by doctors that chemo was the only way to save the life of their toddler, but they opposed that treatment.

While in court this week trying to resist the state’s resolve that the boy should undergo chemo, the parents said that they would give Noah CBD instead, albeit being threatened that they would lose custody.

CBD one of cannabis’ non-psychoactive compound, considered to have potential anti-cancer properties and medicinal qualities.

Based on a News10 report, the little boy was diagnosed with acute lymphoblastic leukemia. After going through two rounds of chemo, he was left weak and almost lifeless. The parents, as a result, put him on a strict diet and started giving him CBD and vitamins. Taylor told reporters that they, as the parents, just wanted one of the therapies being less dramatic than chemotherapy was, and a treatment that was not going to damage the body of their little body so much.

Once the parents of Noah could no longer watch the suffering of their son from chemotherapy and refused to show up for the third treatment round, the DCF (Department of Children and Families) got involved in this issue and issued an alert of an endangered child.

The family fled and was later on found in a Georgetown, Kentucky motel room. Once they were returned to Florida, Noah’s temporary custody was given his maternal grandparents.

DCF appealed to the court to try forcing Noah into the treatment recommended by specialists, and won their motions. During the hearing, Michael Minardi, the family’s attorney, told Caroline Tesche Arkin, the judge, that he required more time to prepare the claim and requested the case to be postponed. This request was denied promptly and the courtroom cleared out. Nancy Lawler, the State’s attorney, felt that the privacy of Noah was at stake and she thus did not want the case swayed in any way.

On the other hand, the parents of Noah explained that they wished the press would remain in the courtroom for the public to be informed about all proceedings. The media was ordered out of court by the judge, and the hearing recessed until coming week. Minardi went on to explain that the parents of Noah have applied for a medical cannabis license for their son.

Florida doctors are also set to appear in court during the next hearing so that they can testify to any potential positive medical effects that cannabis may have in treating cancer. Minardi and the family are in hope that the medical experts will help the court realize that CBD is a superior treatment to chemotherapy.

Unfortunately, it seems that statistics are at the moment against Noah. Dr. Bijal D. Shah, who is the head of the acute lymphoblastic leukemia program at the Moffitt Cancer Center, said on a Tampa Bay Times report that the cure rate of this form of cancer is 90% likely to be successful after 2.5 years of chemo. If this is something to go by, the state is likely to remove Noah from the custody of his parents and make him go through chemotherapy for those years.