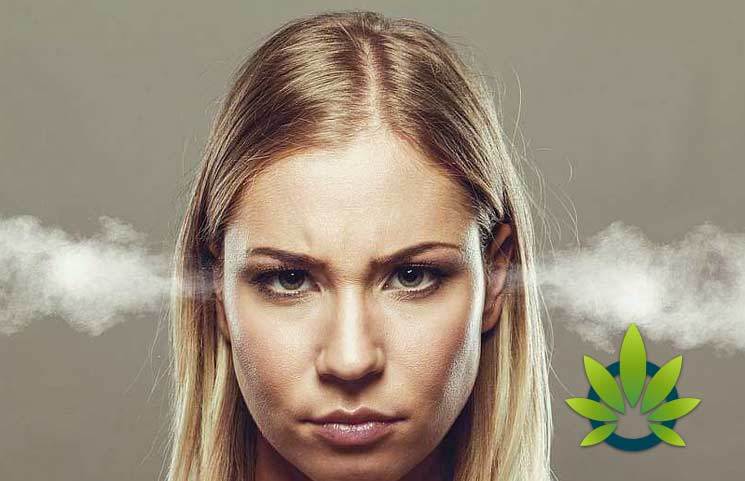 The legalization of cannabis in both the US and Canada, has resulted in an increased demand for it. Of particular interest to many people is one of its cannabinoids, called cannabidiol (CBD).

This, alongside tetrahydrocannabinol (THC) are currently the most popular compounds found in marijuana. CBD is better preferred by many users because of its non-psychoactive properties.

But more importantly, because of its health benefits. CBD is currently proven to be effective against inflammations, pain, anxiety, stress, insomnia, seizures and so many other conditions.

It’s readily available as tincture, oil, sprays, capsules, edibles and even topical ointments. This makes it super effective at delivering the necessary relief.

While CBD does provide the necessary relief to many users, there are a select few who claim that it doesn’t work for them. For them, CBD dosage or concentration doesn’t matter. It just doesn’t seem to work.

Why is that? If you belong in this very small minority that’s resistant to CBD for some reason, this article is meant to show you the reasons why CBD doesn’t work for you.

The CBD industry is just growing. As a result, regulation and quality control aren’t really enforced or pervasive yet. So, it’s highly possible that you bought a scam product that has little or no CBD in it.

Some unscrupulous individuals are doing this with the sole intent of making a quick buck. Unfortunately, some of them are getting away with it, and fleecing individuals of their hard earned monies.

Which brings us to the question: how can you identify these products? The first indication is the price. A cheap CBD is a dead giveaway for a scam product. These scammers know that people want CBD for cheap.

The reality however, is CBD products aren’t cheap. Their costs are largely driven by their extraction process –which isn’t cheap. So, when they are eventually made available, they come with a pretty high price tag.

The second giveaway is a lack of transparency. Because the laws now favor the production of CBD products, legitimate enterprises are often transparent about their processes and are willing to provide you with verifiable information.

So, if they provide you with a third party testing result, you can actually contact the lab to verify it. Shady companies aren’t big on transparency. So, if you can’t get a sense of their process, you might want to avoid buying that brand as it’s possible they’re selling you some sort of product with very little or no CBD in it. .

Most of the time, every user reacts differently to the recommended dosages. This is because every individual’s endocannabinoid system is different. This is why some folks will take a 20mg CBD capsule and get the relief they need, and others will need more.

This often depends on the condition as well as their tolerance to it. For instance, studies have shown that users generally need a higher CBD concentration to treat anxiety, than they do to relieve pain.

The truth is there’s no one size fits all approach to CBD’s effectiveness –for now. Maybe in the future, through medical tech advancements, we might have an accurate dosage for everyone and every condition.

For now, it’s largely a trial by error process. This is why budtenders in dispensaries tell you to start with small quantities and gradually increase the dosage until you get optimal results.

So, if you buy high quality CBD products, and aren’t getting the results you need, there’s the possibility that you may be taking less than you should for that condition. So, try increasing the dosage gradually until your body starts healing and your conditions is under control.

If you like, you can also ask doctors for recommendations on the appropriate dosages. Many doctors are now open to prescribing CBD products as a complementary treatment option.

This is more commonly found in seasoned users, whose consistent consumption of CBD products has caused them to build up tolerance to its effects. Your body naturally adapts to and becomes used to something it’s exposed to frequently.

It’s also the reason people need stronger antibiotics after using one frequently for a long time. The body builds up a tolerance, thus making it necessary for the individual to use more if they want to enjoy the benefits.

In frequent CBD consumers, their CB1 and CB2 receptors simply become desensitized to a specific amount of that compound present in their body. When this happens, that dosage of CBD stops being effective, thus making it necessary for the user to ramp up their dosage.

Heavy users who depend on high CBD dosages to treat certain prolonged chronic conditions will most likely, find this happening more to them, that the recreational or light user. The good news is that you can correct this if it’s the cause of your desensitization.

Just take something called a tolerance break and wean yourself of the compound. This simply means staying away from CBD for 14-21 days, thus giving your body ample time to become sensitive to its effects again.

The Absence Of Terpenes And Other Cannabinoids

When most people talk about cannabis and its various properties, they’re often referring to just two of the many compounds in the plant -THC and CBD.

However, there’s a lot more to cannabis than just those two compounds. There are entire groups and classes of cannabinoids called terpenes, which complement the effects of CBD and THC.

These days, many CBD oils and products sold in the market aren’t full spectrum CBD oils. They are CBD Isolates. The latter is pure CBD oil only without any other compound. The former however, contains CBD and many other cannabinoids.

While this isn’t very common, some studies have shown that some people are predisposed to resisting the effects of CBD. This happens more in males than in females because the estrogen hormones in women aid the CB1 and CB2 receptors more.

There’s also the issue of having an “overloaded endocannabinoid” system – happens in about 15 percent of the population-, which makes it hard for external CBD compounds to function.

This happens because the body prefers its own cannabinoids to the external ones. Users who have this typically don’t get the full benefits of CBD.

5 Reasons Why CBD Might Not Work For You Conclusion

Those are pretty much the reasons why CBD may not work in the body. There are very rare cases of a lack of CB1 and Cb2 receptors in a few people. This means they won’t be able to utilize the compound. So, if CBD isn’t working for you, by all means explore all the reasons we’ve outlined for you and see if you fall into one or more of those categories. If you need to, talk to your doctor about it or a knowledgeable budtender. Most of the time, these folks might be able to point you in the right direction, thus ensuring that you start enjoying the benefits of CBD.