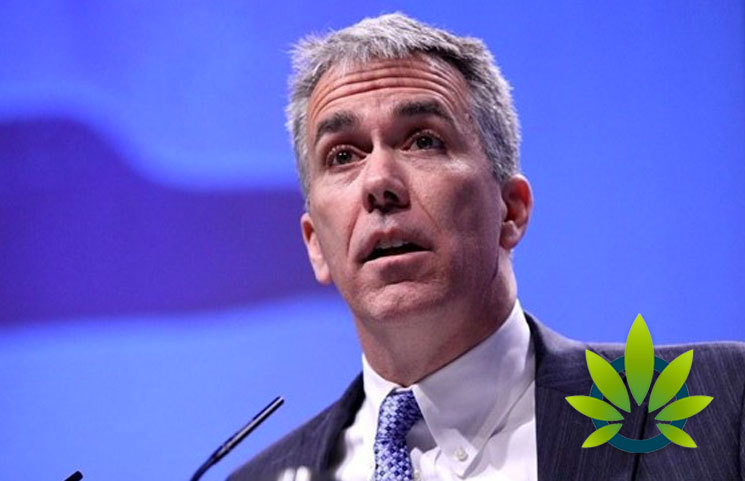 Joe Walsh, a Republican who formerly served as a congressman from Illinois from 2011 to 2013, has spent much of his career condemning the prohibition of cannabis. If the recent reports are any indication of what’s to come, he won’t step off of this platform anytime soon. On August 25th, Walsh expressed that he’s seeing primary challenges against President Donald Trump.

During his single term in Congress, Walsh wasn’t connected to any sponsoring or co-sponsoring opportunity for cannabis legislation. However, when a 2012 floor amendment arose to prevent the federal government from intervening in medical cannabis programs at the state level, he voted in favor of the proposal. He added that the federal government has bigger issues to concern themselves with than keeping the cannabis prohibition. In fact, in subsequent tweets, he said that, if the choice was his, he would “legalize marijuana tomorrow.”

No. If it were up to me, I'd legalize Marijuana tomorrow. https://t.co/u3ISxrEyZ4

So far, there have been two big platforms that Walsh has used to express his support for marijuana reform – social media and his radio show. On both Twitter and Facebook, Walsh has spoken in favor of legalization and has criticized the constant enforcement of prohibition. His stance often involves a new perspective on civil liberties, while comparing the way that cannabis is regulated and banned with the path that alcohol has taken.

In one Twitter post, he boldly states, “It’s time. Legalize Marijuana.” He added that anyone that is of legal drinking age should have the same ability to “smoke a joint.” The post was made in collaboration with a link to a Washington Examiner article that showed over half of the public in favor of cannabis legalization in October last year.

It's time. Legalize marijuana. If a 21yr old can drink whiskey, he should be able to smoke a joint. https://t.co/iMATqs2m4H

Another tweet showed that legalization of cannabis is a current concern in Michigan, which Walsh stated that the substance was “legalized in every state.” In this post, which he created in April 2018 he also said that anyone over age 21 should be equally able to use cannabis and consume alcohol.

Marijuana should be legalized in every state. If you can drink a beer at 21, you should be able to smoke weed at 21.https://t.co/Ix8ZyqFTu6

Even earlier, in June 2017, Walsh posted an article from CBS News, showing that New York’s legalization consideration was to help with menstrual cramps. Notably, a recent pitch to legalize recreational cannabis was shot down this summer, followed by the state opting for decriminalization instead. Walsh has a much different stance, demanding two years ago that marijuana be legalized “for any adult” and “for any reason.”

Good God. Just legalize Marijuana now. For any adult. For any reason.https://t.co/X9S1z12wwd

More recently in April, Illinois became the 11th state to officially legalize marijuana, which was a major victory for Illinois-based Walsh. In a celebratory tweet, he posted that despite being “a bankrupt disaster,” the state managed to do “one thing right” in opting for legalization.

Yes, Illinois is a bankrupt disaster, but they did one thing right yesterday: Illinois became the 11th state to legalize marijuana.

Good. If you can legally have a shot of whiskey at 21, you should be able to legally smoke a joint at 21. @stevechapman13 https://t.co/3W5civynGm

A month later, Walsh made similar statements when the legislation in Illinois made it out of the state House. Just like other posts, he again stated support for being able to “smoke a joint” just as legally as they can “drink whiskey” by 21 years old.

The Illinois House votes to legalize marijuana. The Governor will sign it into law.

Good. Damn good. If you can legally drink whiskey at 21, you should be able to legally smoke a joint at 21. https://t.co/6lohQC2L0X

In June this year, Walsh hosted a podcast, implying that he didn’t have faith in the ability of Illinois to actually bring in revenue from selling marijuana legally. He even added that the state would ultimately “figure out a way to screw this up as well.”

Tonight's Podcast: The crisis at the border is perpetuated by both Democrats & Republicans refusing to secure it! Then, IL legalizes marijuana for those 21 & older. Plus, our country continues to fail our men & women in the military. #TCOT https://t.co/2nPP0KvNfv

The issue of marijuana legalization is likely to be a major topic of discussion in the upcoming election, as almost all of the Democratic presidential candidates have taken a stance. While many of the candidates have spoken about the racial justice associated with legalization, that doesn’t seem to be a factor for Walsh, despite being Republican. However, he’s also recognized several racist statements that he’s made regarding people of color and criticized other Republicans for opposing cannabis reform.

Former Attorney General Jeff Sessions had withdrawn guidance from the Obama administration on the priority that marijuana enforcement has, and Walsh wasted no time on condemning that move. He tweeted that Jeff Sessions should “leave weed alone” and that the substance needs to “be legalized.”

Marijuana should be legalized. Let it happen. https://t.co/Cm8vlSGxVc

However, that wasn’t enough. He took the time to write out a much longer tweet, saying that states should have the right to legalize medical marijuana, while the federal government steps back. Instead of worrying about keeping prohibition of cannabis alive, he told the former attorney general to “focus on the illegals committing crimes & killing Americans in sanctuary cities & sanctuary states.”

There are greater issues facing America than marijuana. If the states have decided to legalize it for medical or recreational use, that's their right.

Then-Press Secretary Sarah Huckabee Sanders defended the decision by Sanders, which Walsh used as an opportunity to call her out.

During the campaign, @realDonaldTrump said "you should leave it up to the states," with regard to marijuana.

Today, the WH said he supports Jeff Sessions' decision to roll back an Obama-era policy to not challenge state laws that allow people to use pot. https://t.co/BWDI5ELPVa

While the United States may be behind where Walsh would prefer it to be, he made sure to address Canada’s decision to legalize marijuana for both medicinal and recreational use. He still drew the attention back to the US, saying that it “should be legal here” as well.

Canada and the UK have now both legalized marijuana. It should be legal here. If you can drink a beer at 21, you should be able to smoke weed at 21. https://t.co/vHqbJhuKpP

On a personal level, Walsh admits that he has personally smoked marijuana “a long, long, long time ago.”

Long ago RT@BryanBiggs: .@WalshFreedom just admitted that he has smoked marijuana before. "A long, long, long time ago," said Joe.